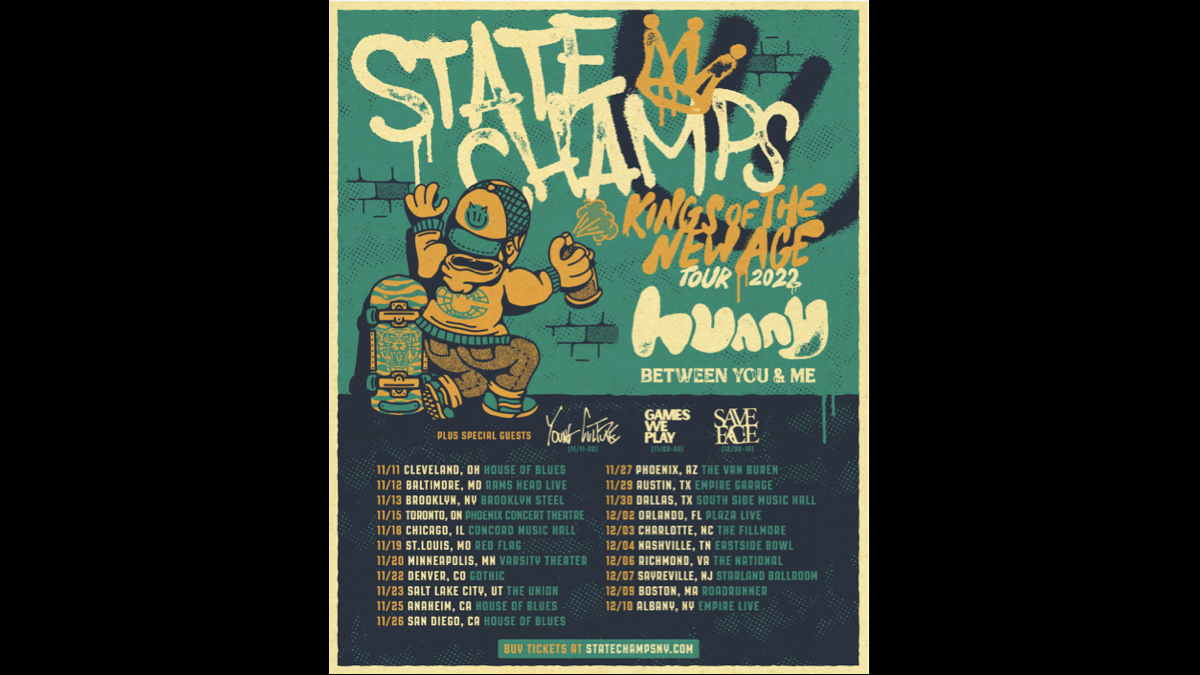 State Champs have announced that they will be hitting the road this fall for the Kings Of The New Age Tour that will feature special guests Hunny and Between You & Me.

Frontman Derek DiScanio had this to say, "I'm particularly excited for the KOTNA Tour because of how much we as a band are focusing on the aesthetic and flow of the show.

"This will be the first tour where it feels more like an experience rather than just a band on stage playing songs. The stage production is by far the most unique and badass it's ever been, and you bet the mixture of songs in our catalog (new songs, old songs, and some surprises) will create a wild set list. Best night ever."

The band is launching the tour to promote their new album, "Kings Of The New Age". They said of the effort, , "Kings of The New Age is our fourth album, the one that we spent the most time on, and the one that makes the biggest statement.

"After writing over 30 songs, we narrowed it down to 11 that best represent our mission as a band, and sonically, match the energy level we wanted to captivate heading into this new chapter."