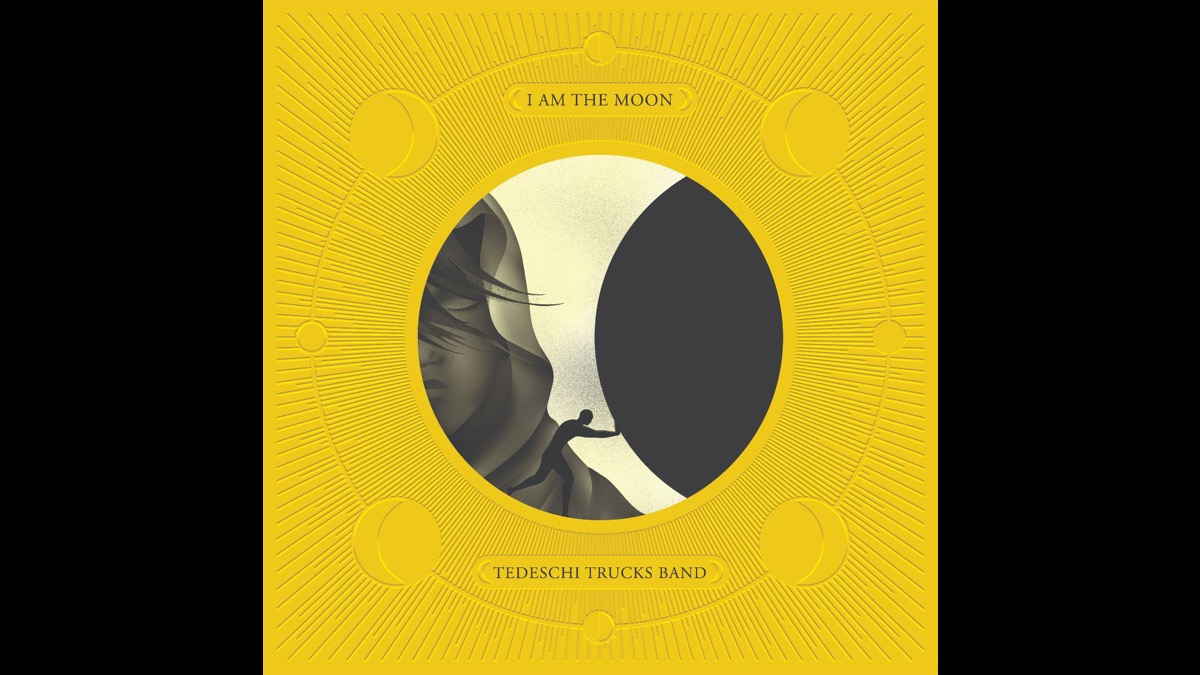 (Division) Tedeschi Trucks Band have shared a trailer for their just announced four album project, "I Am The Moon," that will feature 24 original songs. We were sent these details:

Inspired by a mythic Persian tale of star-crossed lovers, and emotionally driven by the isolation and disconnection of the pandemic era, the thematic I Am The Moon totals more than two hours of music, unfolding across a robust tapestry of genre-defying explorations that propel the treasured American ensemble into new and thrilling creative territory.

The four albums that comprise I Am The Moon - I. Crescent, II. Ascension, III. The Fall, and IV. Farewell - will be released in successive months beginning with I. Crescent, available digitally and on CD, Friday, June 3rd. (All vinyl configurations, including individual LPs and the 4-LP I Am The Moon Deluxe Box will be available on September 9th.)

The decision to sequence and release I Am The Moon in four distinct episodes came "when we started thinking of records we love," Trucks says, citing Axis: Bold as Love, the 1967 LP by the Jimi Hendrix Experience. "It's 36 minutes long. That's the way to digest a record." With that approach in mind, TTB will present I Am The Moon: The Film, immersive visual companions to each album. The corresponding films will debut three days prior to each audio release, offering fans an early opportunity to digest each album in its entirety as a communal listening and viewing experience via the band's YouTube channel. Directed by Alix Lambert, the films combine studio and performance footage with atmospheric photography and imagery beautifully capturing the music's kaleidoscopic textures. The project launches with the first episode: I Am The Moon: The Film - I. Crescent on Tuesday, May 31st at 6:00pm Pacific/9:00pm ET. Release dates for each I Am The Moon album and companion film can be found below.

The concept behind I Am The Moon, the GRAMMY-winning band's fifth studio recording, was suggested by TTB vocalist Mike Mattison in May 2020, two months after the band was forced off the road by the pandemic. The 12th century poem Layla & Majnun by Persian poet Nizami Ganjavi was the title inspiration for Eric Clapton's 1970 double-LP with Derek and the Dominos, Layla and Other Assorted Love Songs - an influential album for TTB. But Ganjavi's source material resonated with Mattison and the rest of the band in an altogether different way. Finding complex themes and storylines that inspired their creative process, they forged a new, modern interpretation of the vast 100-page poem. I Am The Moon was written collectively and collaboratively, with band members contributing their own unique perspectives on the work. By January 2021 the band was recording at Tedeschi and Trucks' home studio, Swamp Raga, in Jacksonville, FL, with Derek behind the soundboard as producer and long-time studio engineer Bobby Tis in charge of recording and mixing.

Operatic in scope, Tedeschi Trucks Band explores romantic relationships, collective struggle, faith, and the human experience on I Am The Moon. "It's amazing," Trucks says, "because we wrote most of this music in a pretty short time span. There are even chord changes that mirror other tunes on the albums - themes and variations, lyrical allusions, that pop back up." He continues: "You always want to do something bigger and thematic. This is the first time it happened naturally." Watch the trailer below: