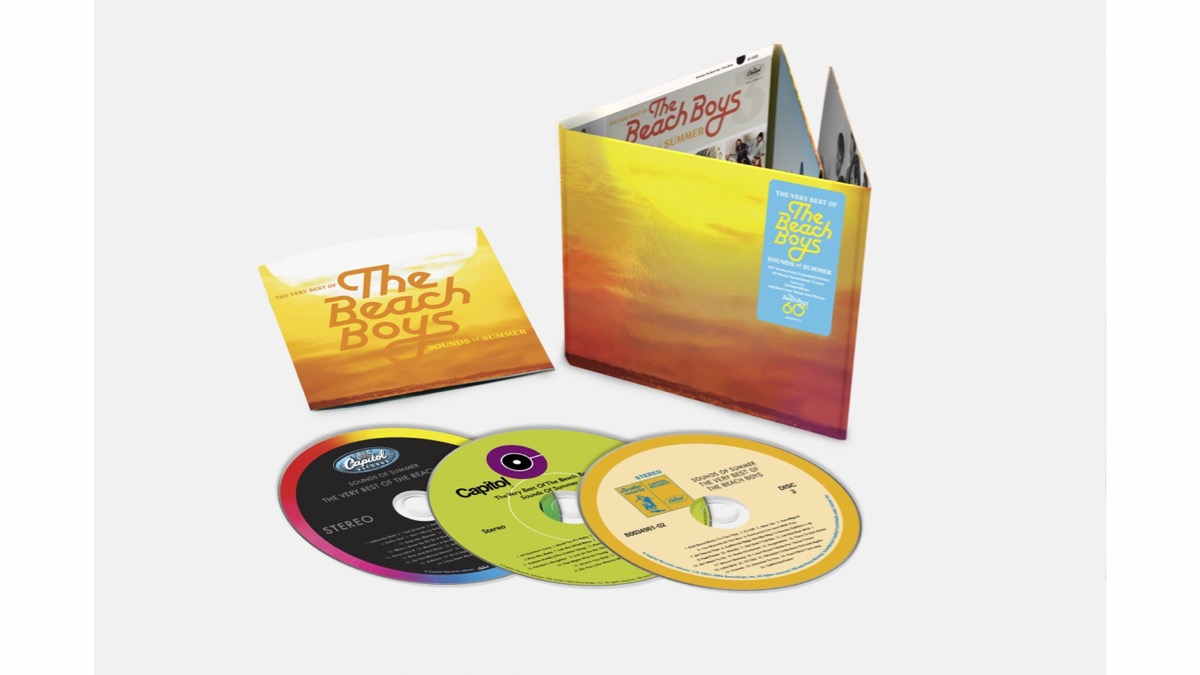 Originally released in 2003, the album soared to No. 16 in the US and stayed on the chart for 104 weeks. Now certified 4x platinum for sales of nearly four and a half million albums, the new edition has been updated in both number of songs and sonics as it expands the original 30-track best of with 50 more of the band's most beloved songs for a total of 80 tracks that span their earliest hits to deeper fan-favorite cuts.

Boasting 26 new mixes, it includes two first-time stereo mixes, plus 24 new-and-improved stereo mixes, which in some cases feature the latest in digital stereo extraction technology, allowing for the team to separate the original mono backing tracks for the first time.

Sounds Of Summer is available in a variety of formats, including digitally, 3CD softpack, and as a Super Deluxe Edition 6LP vinyl boxed set on 180-gram black vinyl in two options - a standard set or a numbered, limited edition version featuring a rainbow foil slipcase and four collectible lithographs. Both versions boast color printed sleeves that replicate the original "Capitol Catalog" sleeves that highlight the entire Beach Boys discography, and all formats include a booklet with new liner notes and updated photos. The original 30-track version is also available in its newly remastered and upgraded form on single CD or double gatefold LP on standard weight vinyl or as a higher-end limited edition numbered version pressed on 180-gram vinyl with a tip-on jacket and a lithograph. Additionally, all 30 tracks on disc 1 of Sounds Of Summer have been mixed in immersive Dolby Atmos, joining the group's Christmas Album which was mixed in spatial audio and released this past holiday season, and continuing the initiative to present the group's catalog in the enveloping and exciting new audio format.

Watch the trailer below and stream/purchase Sounds Of Summer: The Very Best Of The Beach Boys here.