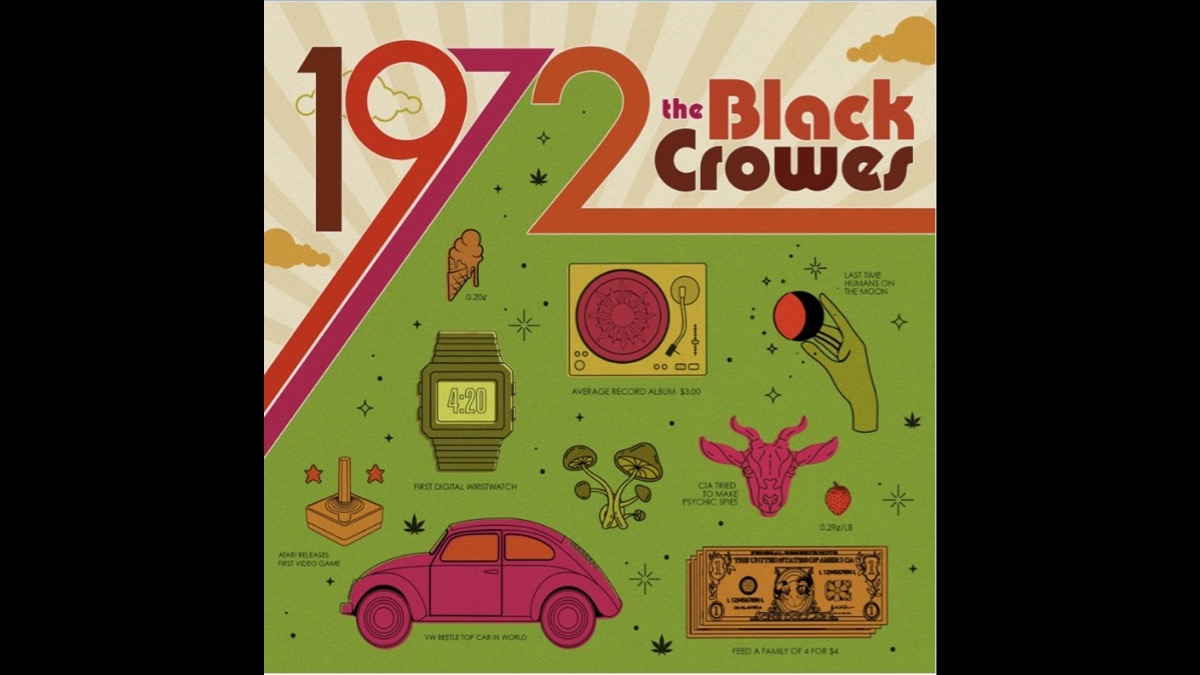 The Black Crowes have shared their cover of The Temptations' "Papa Was a Rollin' Stone" to celebrate the announcement of their forthcoming, "Amazon Original EP, 1972."

The special tribute to the 50th anniversary of some of the best rock-and-roll during its prime was recorded at the Sunset Sound in Los Angeles in January 2022 and features six songs that were specifically selected through a collaboration between the band and Amazon Music.

The Black Crowes 1972 will be available exclusively on Amazon Music digitally on May 4. Vinyl and physical CD are also set for release everywhere on May 6 via the bands label Silver Arrow.

Chris Robinson had this to say, "The year 1972 was a watershed moment, some of the greatest rock and roll songs ever made came out of that year. To get our band back together in the studio, it had to be a celebration of rock and roll. This record is about love and devotion to something that makes us feel good. We hope that it makes fans around the world feel the same."

Amazon Music's Stephen Brower added, "The Black Crowes have been celebrating their influences for their entire career, and a whole generation of fans (this one included) surely discovered Otis Redding's 'Hard To Handle' and Bob Marley's 'Time Will Tell' through their versions.

"To work with them to re-visit 1972, a truly magical year in music, was an absolute thrill. I can't imagine another band having the skill and the swagger to take on these songs and pull it off so spectacularly." Fans can stream the single here (ad).