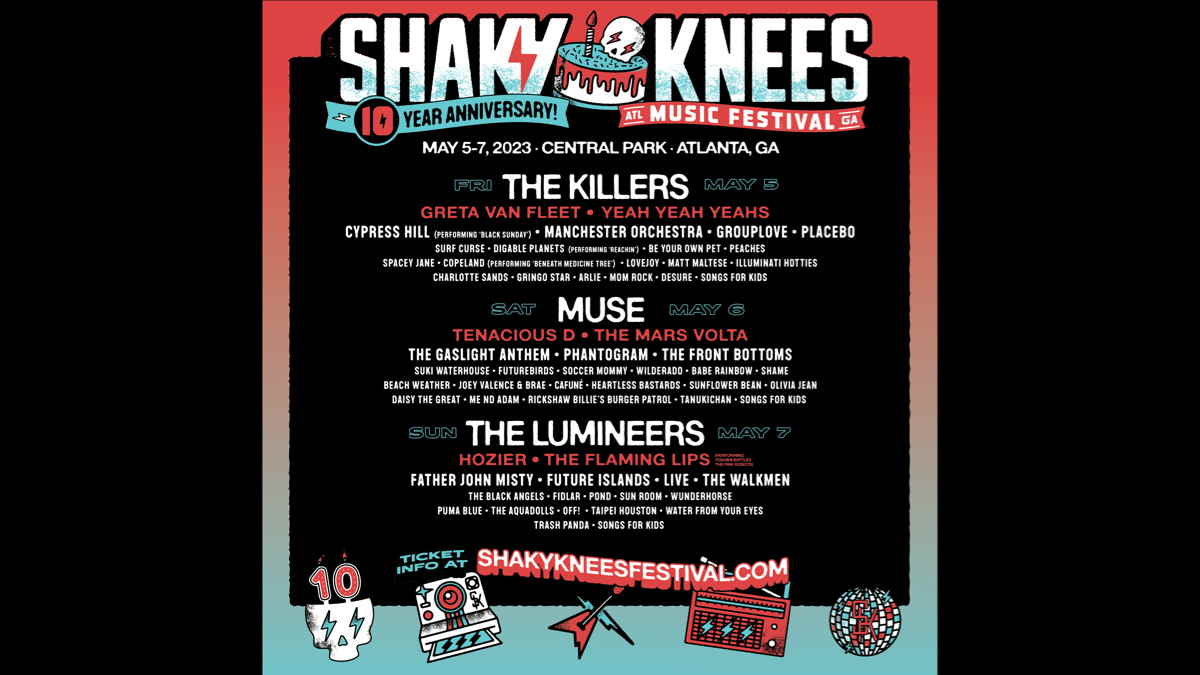 Organizers of the Shaky Knees Music Festival have announced the details for next year's event and have tapped The Killers, The Lumineers and Muse as headliners.

The festival will be celebrating its 10th anniversary in 2023 with the festival taking place on May 5th through May 7tg, 2023, at Central Park in downtown Atlanta.

3-Day and 1-Day General Admission, GA+, VIP, and Platinum Presale Tickets go on sale Friday, December 2 at 11am ET, followed by a general on sale at 1pm ET at www.shakykneesfestival.com, for any remaining tickets.