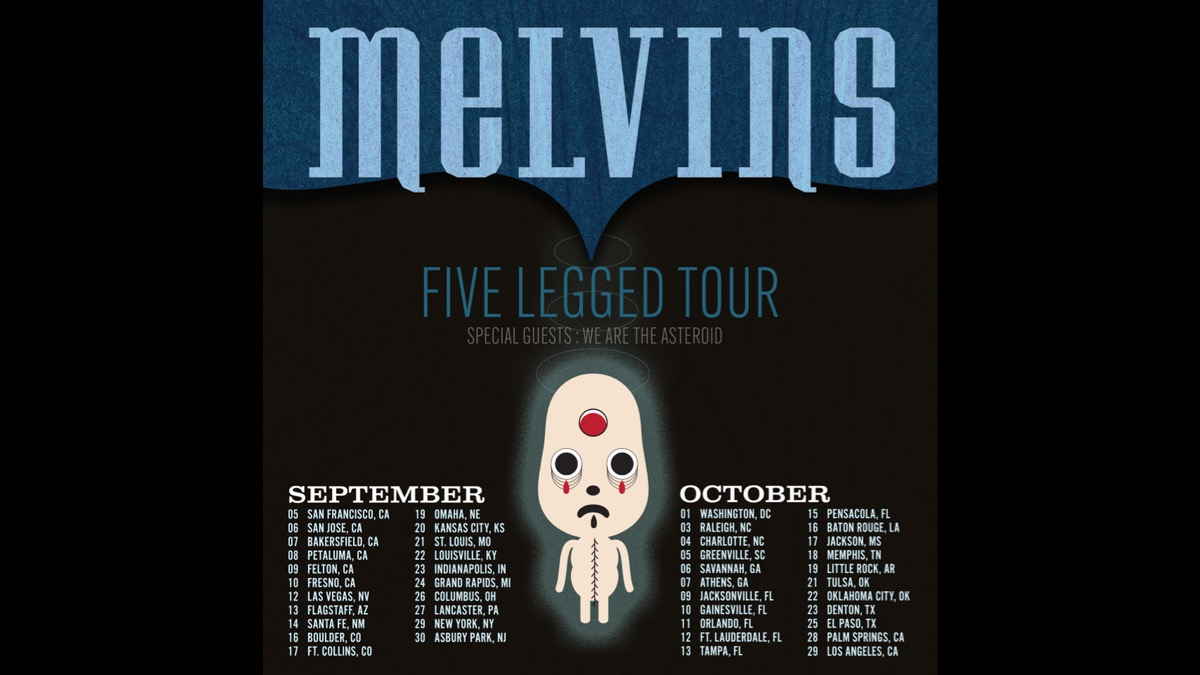 The Melvins will continue to be busy on the road this year with the announcement that they will be launching their The Five Legged Tour this fall, following their The Electric Roach Tour this summer.

The new trek will feature support from We Are The Asteroid and is set to kick off on September 5th in San Francisco and will wrap up with the very special The Halloween Freakout event in Los Angeles on October 29th.

Frontman Buzz Osborne had this to say, "Nationwide once again! Nothing like touring the USA in the fall. Everyone's a winner!" See the new dates, along with the previously announced Electric Roach stops below: