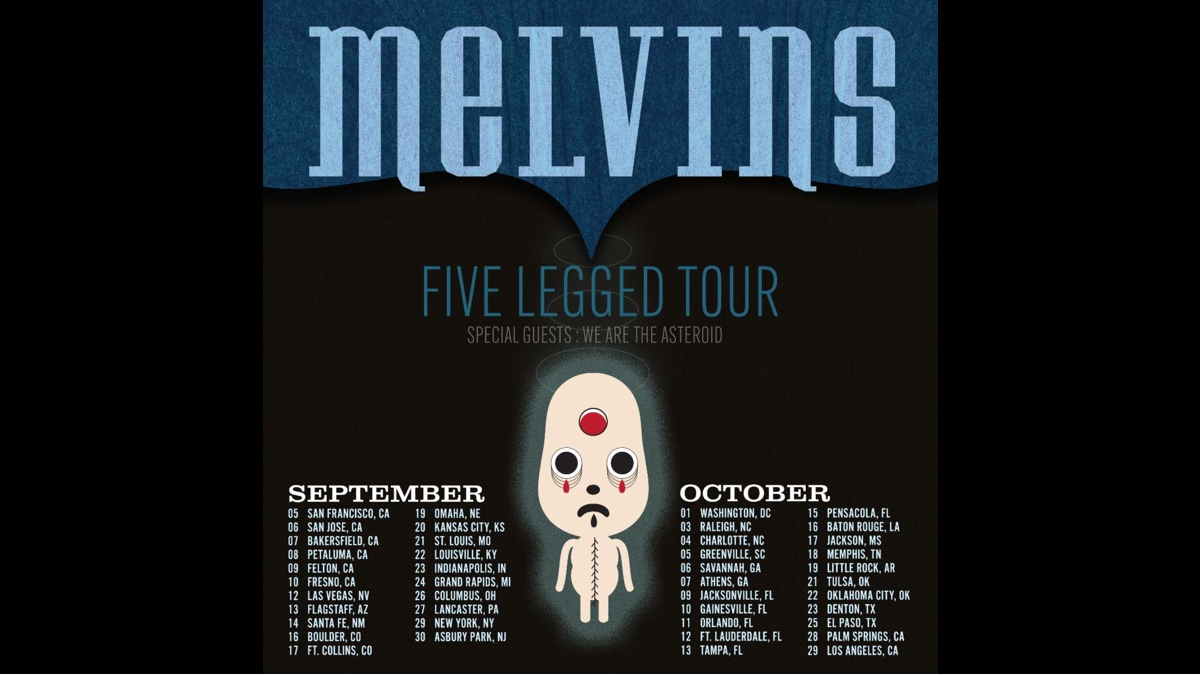 The Melvins have added Taipei Houston to the line-up on all six of the upcoming California stops of their Five Legged Tour that will feature We Are The Asteroid on all dates.

The new run of dates, The Melvins third tour of this year, will be kicking off on Septeber 5th in San Francisco, with Taipei Houston joining them on that date, as well as the stops in San Jose, Bakersfield, Petaluma, Felton, and Fresno.

"We're very excited to have Taipei Houston added to the California portion of our upcoming Five Legged Tour," says Buzz Osborne of the sibling duo of Myles and Layne Ulrich. "I think they're a great band and I'm looking forward to watching them play. Everyone please show up early!"

The Melvins Music and Merch