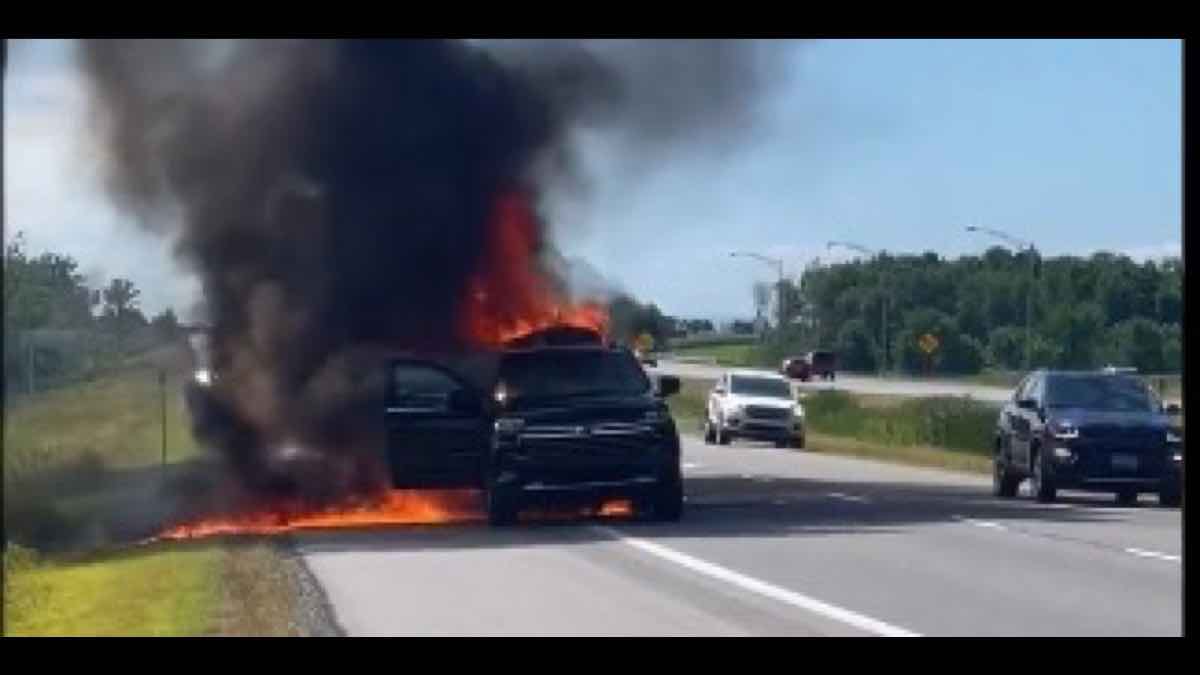 The Offspring took to social media to reveal that one of their tour vehicles caught fire last week while the band was traveling in Canada on their North American tour.

The band shared a video of the blaze and reported that there were no injuries. They said, "While traveling through Canada yesterday, something flew off the vehicle in front of us and became wedged underneath one of our SUVs and it caught fire. Everyone got out safely, but the luggage, passports, laptops and pretty much everything else was destroyed.

"We are happy to report that everyone is doing ok and we've made it safely to Rimouski and will be performing tonight at Les Grandes Fetes TELUS. Hope to see everyone there!"

Guitarist Kevin "Noodles" Wasserman also reported, "No one was hurt. Everyone got out of the vehicle unscathed. Unfortunately about half our crew lost all their belongings in the fire, including luggage, computers, & passports. But it could've been much worse. The band & I are so thankful & relieved that all involved are OK.

"No one is sure what started the fire yet, but the SUV hit something big & heavy, possibly a lost trailer hitch, and within seconds the vehicle was in flames. You can see from the video that they didn't even get off the Highway before everyone had to bail. No time to save any belongings. Scary sh*t!

"Our crew do all the heavy lifting so that we look & sound as good as possible when we take the stage. They're travel & workdays are always longer & more arduous than ours, and we can't thank them enough for all they do. To see them have to go through something like this is heartbreaking & frightening. I am so glad they are all OK!" Watch the video here

The Offspring Music and Merch