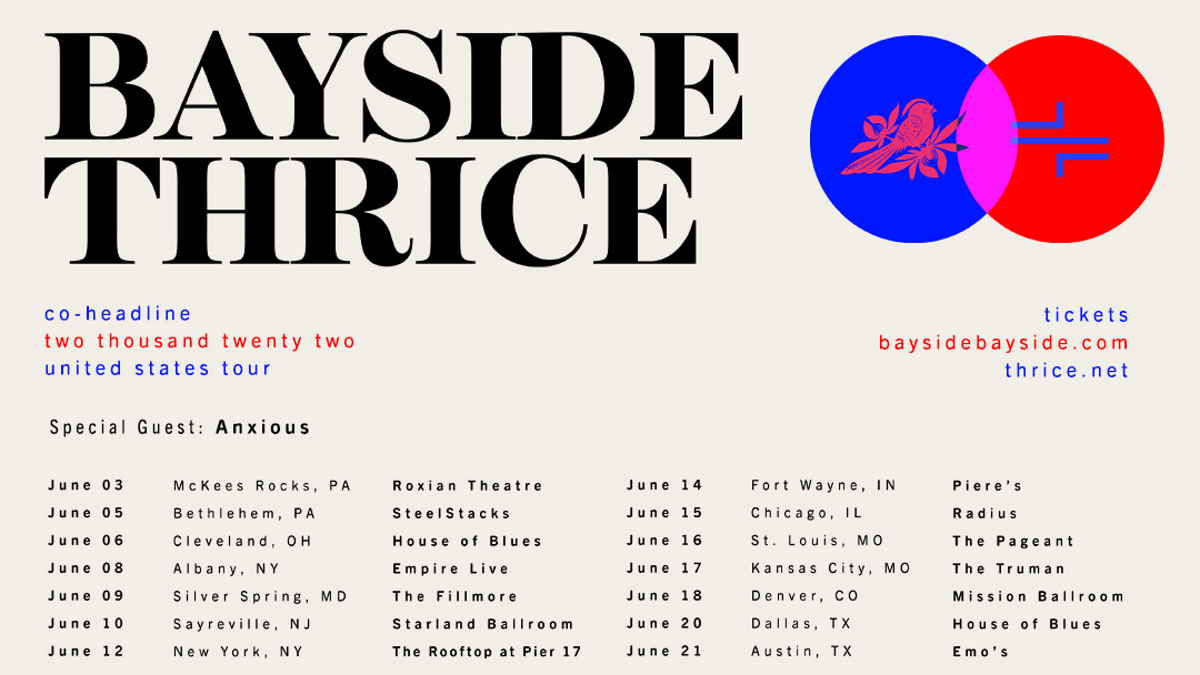 Thrice have announced that they will be teaming up with Bayside this summer for a U.S. coheadlining tour that will feature support from special guest Anxious.

The tour is scheduled to launch on June 3rd in McKees Rocks, PA at The Roxian Theatre and will be wrapping up on June 21st in Austin, TX at Emo's, with tickets going on sale to the general public this Friday, March 11th at 12pm ET on www.thrice.net

Thrice drummer Riley Breckenridge had this to say, "We had a blast on our Horizons/East headline tour last fall and can't wait to get back on the road with Bayside and Anxious and share more of the record with you all." See the dates below:

Thrice Unplug For 'Summer Set Fire To The Rain'

Thrice Say 'Open Your Eyes and Dream' With New Song