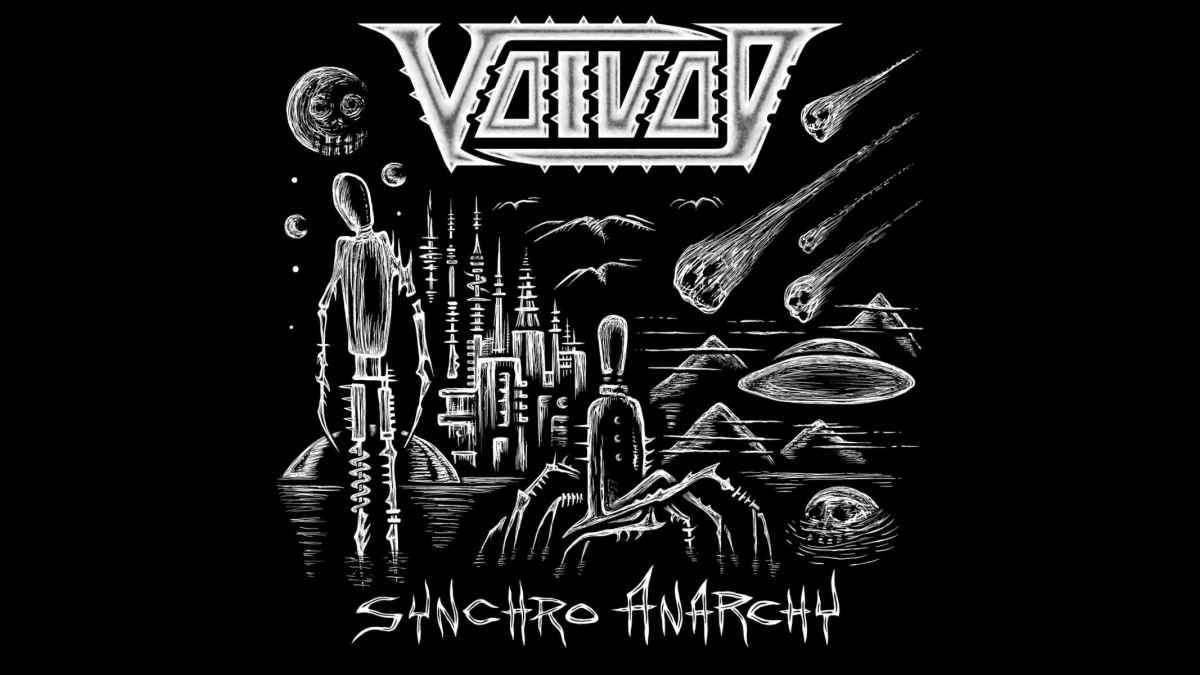 Voivod have released a music video for their new song "Synchro Anarchy". The single is the title track to the band's forthcoming album, which will arrive on February 11th.

Michel "Away" Langevin had this to say, "After coming back from the European tour with GWAR at the end of 2019, we took a break and got back together in early 2020 to record some new ideas and improvisations. After finishing one of these sessions, while untying my running shoes, I had a flash of a rhythm where I would skip one beat every bar. I told the band I had an idea and walked towards the drums but I stepped on one of my shoelaces, missed a step and almost fell on the drum kit.

"Everybody laughed, then I played the beat, which Chewy recorded and named 'Away's Shoelace Incident'. This gave Snake the idea to write about these strange timings where somebody would stop to tie up his shoe only to be closely missed by a flying wheel of a car. At one point Snake had shorten the title to 'Shoelace' but I noticed in his lyrics the words Synchro Anarchy and told him it would be a great name for the song.

"When we were done recording the songs we all thought it would also be a good title for the album. It is really representative of the planet we live on and the way we had to build the LP out of snippets of ideas like a huge puzzle.

"For this single, we asked our good friend Syl Disjonk, who did the videos for 'The End Of Dormancy' and 'Kluskap 'O Kom', to film the band and work his magic. So here it is, the title track of the new album, enjoy!" Watch the video below: