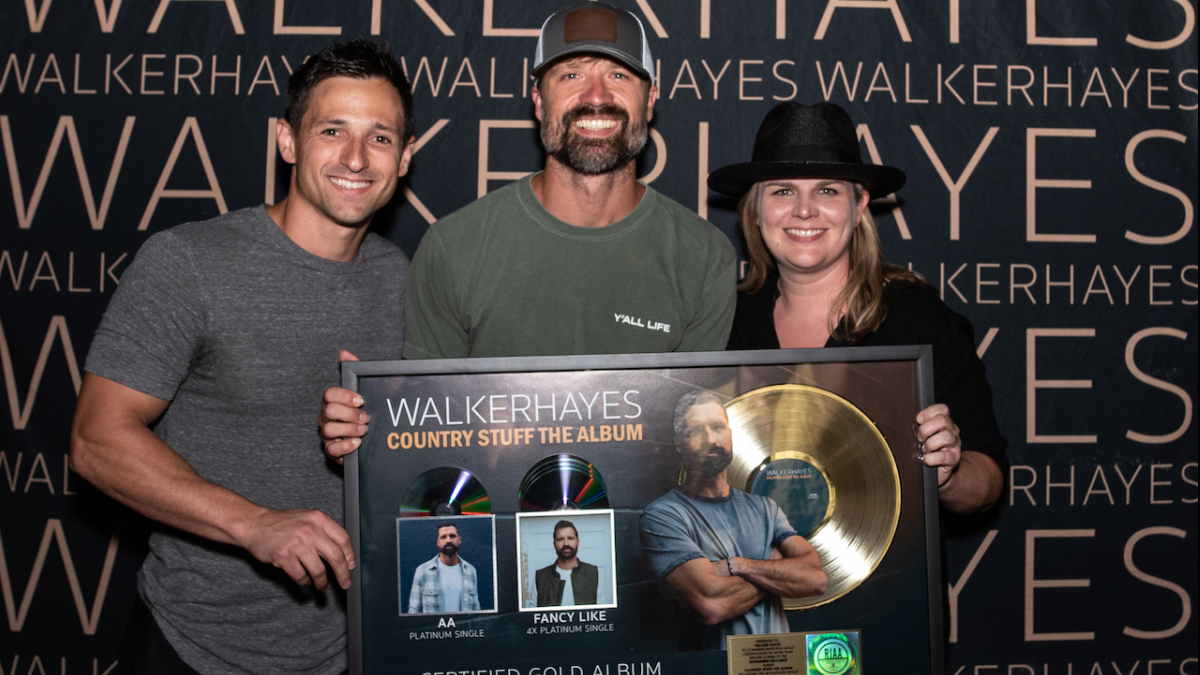 As of July, Country Stuff The Album is one of only three albums in any genre released in 2022 to have gained an RIAA certification, and the only country album to do so.

"To watch these songs grow and impact more and more people is everything you can ask for as an artist," says Hayes. "My fans are the most incredible fans out there, and this is all due to them."

Robert Carlton, Senior Vice President, Development at SMACKSongs and Katie McCartney, GM of Monument Records, surprised Hayes with a new plaque at his sold-out show in Long Island, NY this weekend, ahead of his playing the Citi Summer Concert Series on the TODAY Show the following day.

Hayes is preparing for his headlining arena Glad You're Here tour, kicking off this fall, while riding the high of current single "Y'all Life," and preparing for new music.

Hayes also announces today, that three more dates have been added to the Glad You're Here tour. New dates added in bold.

The Glad You're Here Tour: