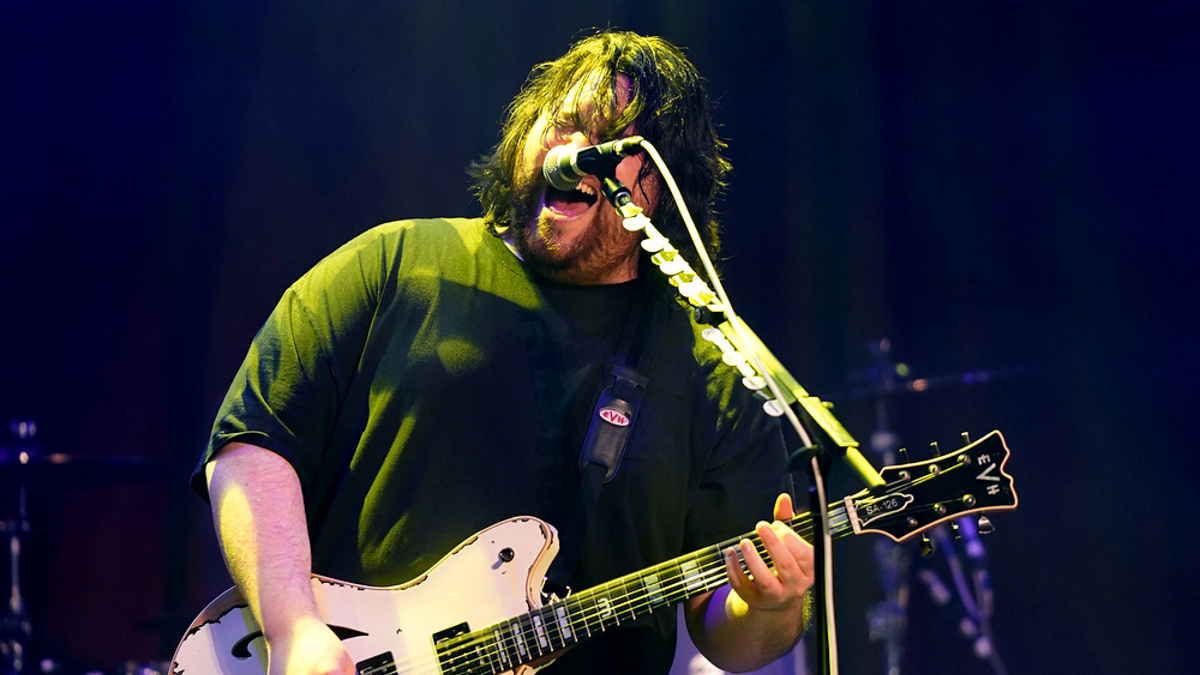 (hennemusic) Wolfgang Van Halen is streaming a new single, "Talk & Walk", as a preview to the November 11 release of an expanded deluxe digital edition of his debut album, "Mammoth WVH."

The song, which originally surfaced as a bonus track from the Japanese version of the project, joins two previously unreleased tunes - "As Long As You're Not You" and "Goodbye" - on the 2022 reissue.

Wolfgang recorded all the parts for his debut record with producer Michael Baskette at the famed 5150 studios, which was created as a home studio by his late father Eddie Van Halen.

"Mammoth WVH" topped a number of US Rock charts upon its release last year; it opened at No. 1 on the Top Rock Albums, Hard Rock Albums and Independent Albums charts, at No. 2 on the Top Album Sales and Current Album Sales lists, and at No. 12 on the Billboard 200.

Wolfgang rocked a pair of Van Halen classics at the Taylor Hawkins Tribute Concert on September 3 at London's Wembley Stadium; he is next scheduled to appear at a second event on September 27 at the Kia Forum in Los Angeles.

Stream the single and get a Mammoth WVH touring update here.