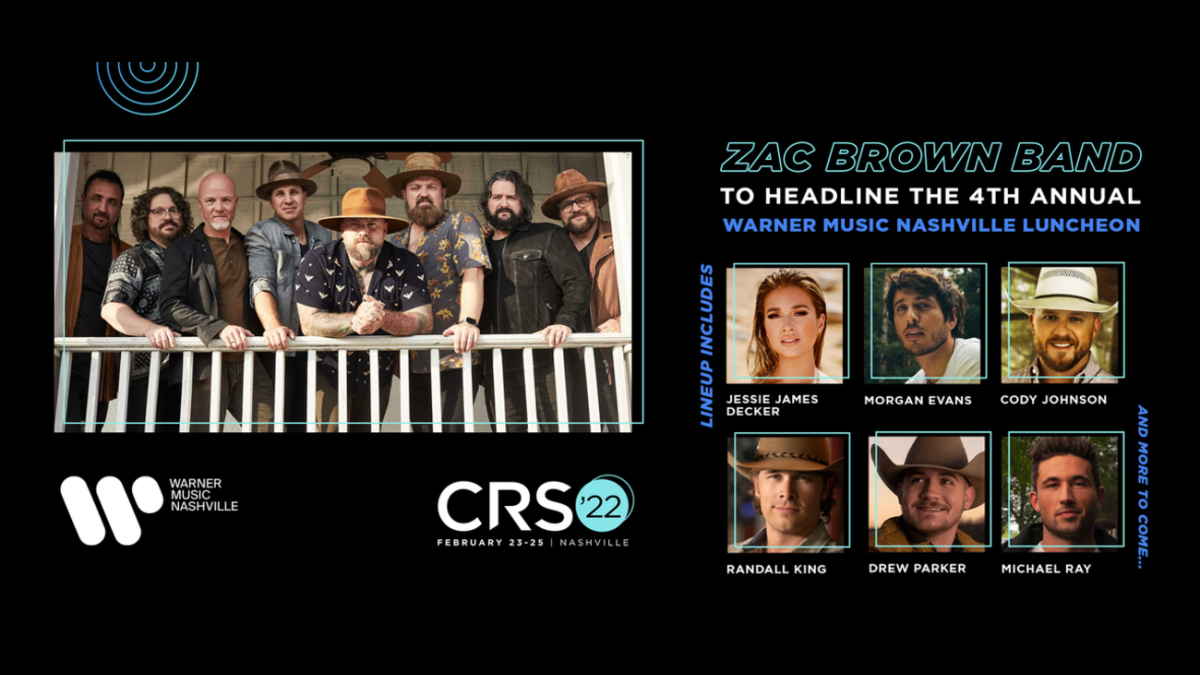 The Zac Brown Band will be headlining the 4th annual Warner Music Nashville Luncheon on Wednesday, February 23rd, that will be taking place during CRS (Country Radio Seminar) 2022.

"We are excited to be live and in-person with CRS again this year!" said WMN SVP Radio & Streaming Kristen Williams. "What better way to celebrate than with these undeniable artists and their unforgettable performances? This will be a lunch you won't want to miss!"