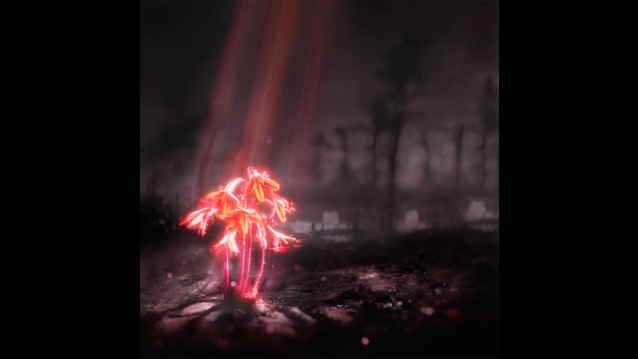 (Cosa Nostra) Enter Shikari are today announcing that their highly anticipated new album, A Kiss For The Whole World, will be released on 21st April via SO Recordings / Ambush Reality.

The band are also sharing the album's lead single '(pls) set me on fire' as well as news of some very special monthly residency shows in the UK this Spring.

Limited formats of the new album come packaged with the Live From Alexandra Palace 3 album & DVD, recorded live in December 2021 at the band's sold out 10,000 capacity London show.

As the calendar now signals three years since Enter Shikari last released an album - their UK #2 charting album Nothing Is True & Everything Is Possible - it is useful to think back to the final question the band last posed fans: "Is this a new beginning? / Or are we close to the end?" Little could they know just how close to the end things would end up feeling as the events of the early '20s dimmed the light in the furnace of their live juggernaut, and connection to their fans. "At the time it felt like we ourselves, as musicians, were experiencing the death of our band," says lead vocalist and keyboardist Rou Reynolds.

Unsurprisingly, the key in the band's ignition came in the form of a live show as they headlined the Download Festival Pilot in front of 10,000 fans. Where not a single new word flowed from the pen of Reynolds in the two years prior, a realisation was born that would come to define the band's seventh LP: "I just didn't realise that the human and physical connection to other people were so central to how I write," he says. Enter Shikari isn't just four people - it's hundreds of thousands.

As new single '(pls) set me on fire' heralds the next stage in the band's evolution, the first words we hear from Enter Shikari 2.0 don't come in the form of a question this time, but a command: "Please set me on fire". In other words, ignite the spark inside us and set us free. This may be a new Enter Shikari but they've lost nothing in their flair for bold opening gambits.

Reynolds comments on the single's conception:

"Honestly, I thought I was f*****. I've never felt so detached from my soul, my purpose, my f****** spirit. I didn't write music for almost two years. The longest I'd gone before that was two weeks. I was broken. It's almost as if my brain had asked: "What is the point in music if it cannot be shared? What is the point in writing music if it's not to be experienced with others?" and then promptly switched itself off. '(pls) set me on fire' grew out of that desperation. This song is a projectile vomit of positive energy. Every emotion trapped inside me for two years, finally set free."

It was in the Spring of 2022 that the band descended to the coastal town of Chichester, and a delapidated farmhouse, to rebuild their studio setup and capture their renewed momentum on record. Using only solar power to track the album - in what Reynolds says was to "bring back some sense of naivety" - the life-giving properties and Technicolor palate of A Kiss For The Whole World were made real. Reynolds continues:

"Back to basics. This band - my best friends - bundled into an old farmhouse, miles away from anywhere. Off-grid, and ready to rediscover ourselves. This album is powered by the sun, the most powerful object in our solar system. And I think you can tell. It's a collection of songs that represent an explosive reconnection with what Enter Shikari is. The beginning of our second act".

A Kiss For The Whole World
Tracklisting

Enter Shikari have also announced a run of very special album release shows across UK, Europe and the US today. Taking place in May this year, the band will be playing 3 very special US show, hitting Los Angeles (5/03), Chicago (5/5) and New York (5/10). One week priority access to ticket pre-sales will be available to fans pre-ordering the album and current members of Future Historians, the band's fan club. General on-sale for remaining tickets will begin on Thursday, January 26th.

For full dates, info and tickets head to www.entershikari.com.