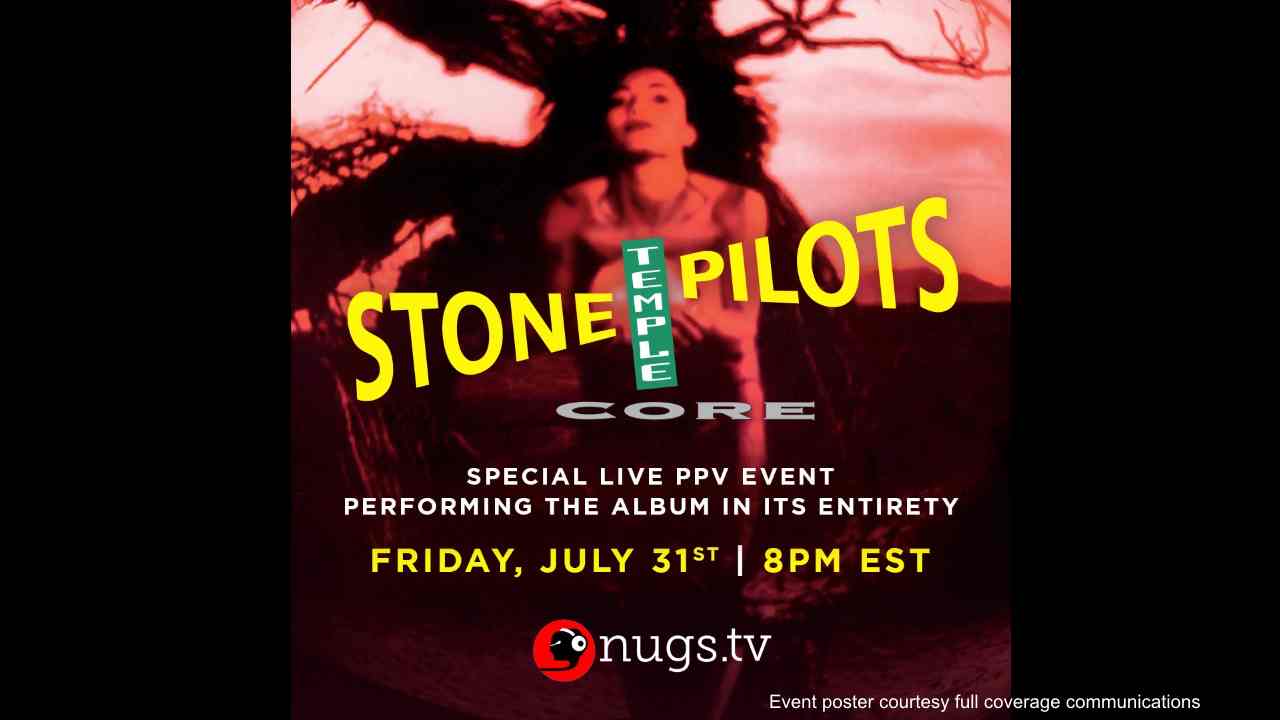 Hosted by live music hub nugs.tv, the show saw the band deliver album cuts and classics like "Plush", "Sex Type Thing" and "Wicked Garden" from the record, which peaked at No. 3 on the US Billboard 200 on its way to selling more than 8 million copies in the States alone.

The project's second single, "Plush" won the 1994 Grammy Award for Best Hard Rock Performance. "Thanks to everyone who tuned into our Core PPV event," says the band. "ICYMI you can still buy a pass and watch the show on nugs.net through the end of the weekend here."

In addition to the "Core" livestream, STP has also released live audio from past shows beginning with August 3, 2011 gig at the Hampton Beach Ballroom in Hampton Beach, NH with original frontman Scott Weiland, and a June 13, 2019 date in London, UK at the O2 Forum Kentish Town with lead vocalist Jeff Gutt. Watch the video here.