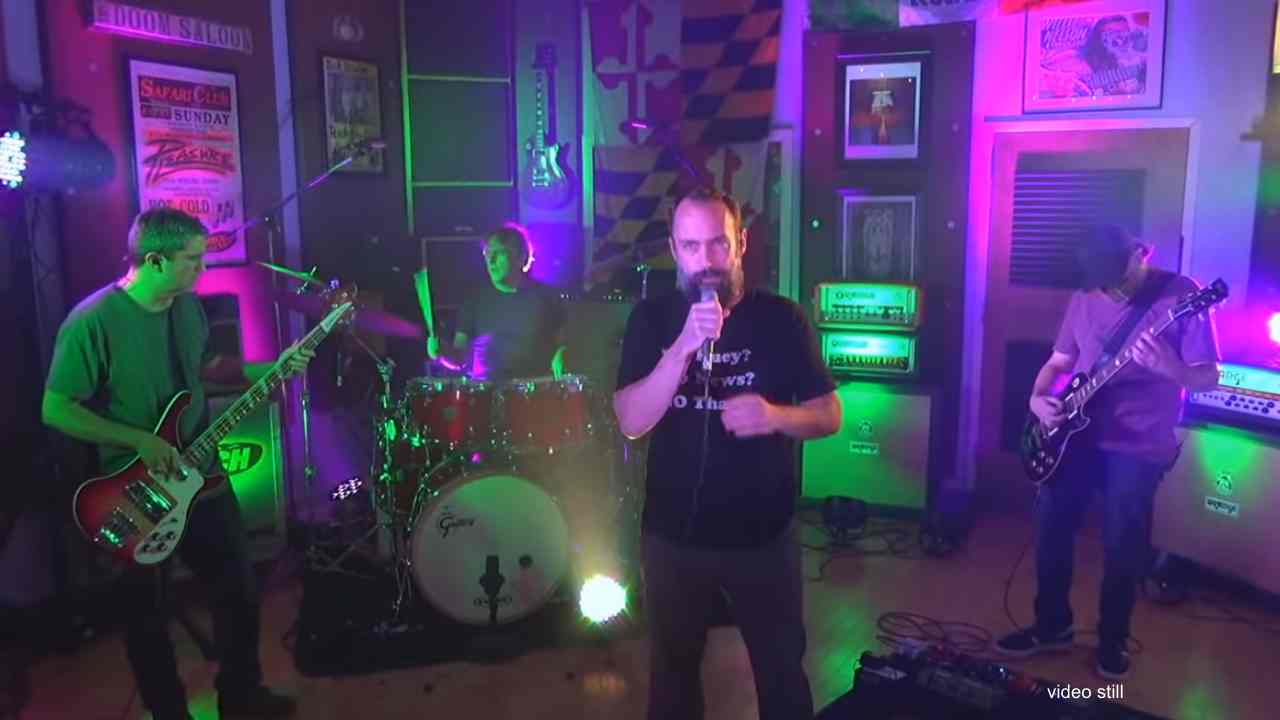 (hennemusic) Clutch are streaming video of a jam room performance their rare track, "Sea Of Destruction", ahead of a livestream concert event later this week. The band deliver the tune - which first surfaced on the 2003 compilation, "Slow Hole To China: Rare And Unreleased" - as a test for the second online show during the pandemic.

"Trying out our new cameras for August 7th's 'Live from the Doom Saloon Vol. II,'" says the group. The event will see Clutch play a setlist chosen by one fan after recently requesting submissions for song suggestions, with the winner scoring a massive prize package that includes a TremLord 30 combo amplifier from Orange Amps, a stompbox from Creepy Fingers (designed by Fu Manchu's Brad Davis), a Jim Dunlop Crybaby wah-pedal, a case of Liquid Death mountain water, and a bunch of Clutch merchandise.

The setlist contest winner will be announced during the livestream itself, with show donations set to benefit the Innocent Lives Foundation, a charitable organization that combats the trafficking and exploitation of children, of which frontman Neil Fallon is a board member.

Anyone who misses "Live From The Doom Saloon - Volume II" concert will be able to stream it on demand through the weekend, right up till 11:59 p.m. EDT on Sunday, August 9. Watch the jam room performance video here.