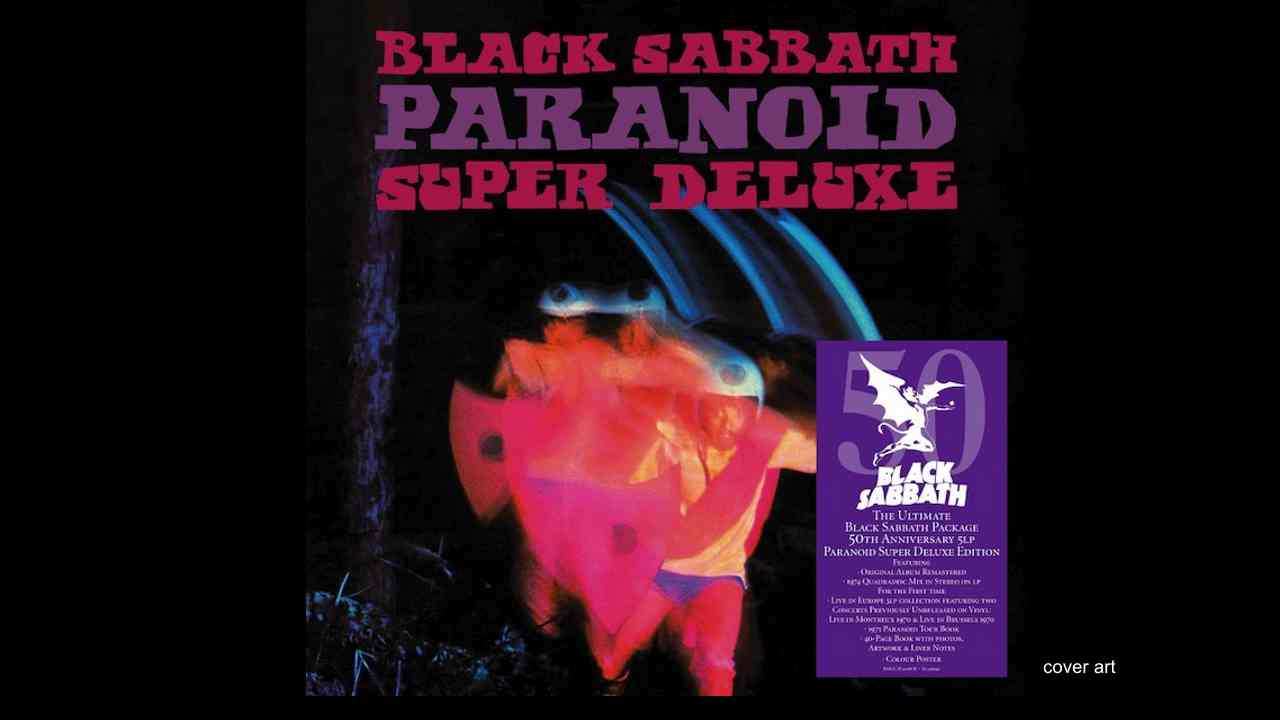 (hennemusic) Black Sabbath have announced that they will be celebrating the 50th anniversary of their iconic album "Paranoid" by releasing a special expanded editions on October 9th.

The groundbreaking UK band's second album will be issued in 5LP and 4CD versions, with both featuring a pair of 1970 concerts. "Paranoid: Super Deluxe Edition" includes the original album, in addition to a rare 1974 Quad Mix of the album folded down to stereo, plus two concerts from 1970 - from Montreux and Brussels - that are pressed on vinyl for the first time. The five-LP set comes with a hardbound book with extensive liner notes featuring interviews with all four band members, rare photos, and memorabilia, a poster, as well as a replica of the tour book sold during the Paranoid tour.

The first two LPs feature the original record plus a Quadraphonic Mix of the album; originally released on vinyl and 8-track cartridge in 1974, but subsequently long out of print, the Quad Mix has now been made available as a fold-down to stereo mix on vinyl for this set.

The collection's final three LPs mark the official vinyl debut of two 1970 live performances: an August 31 show in Montreux, Switzerland shortly before the release of "Paranoid", and a second concert that was recorded a few months later in Brussels during the band's performance for Belgian television. See the tracklisting for the 5LP edition here.