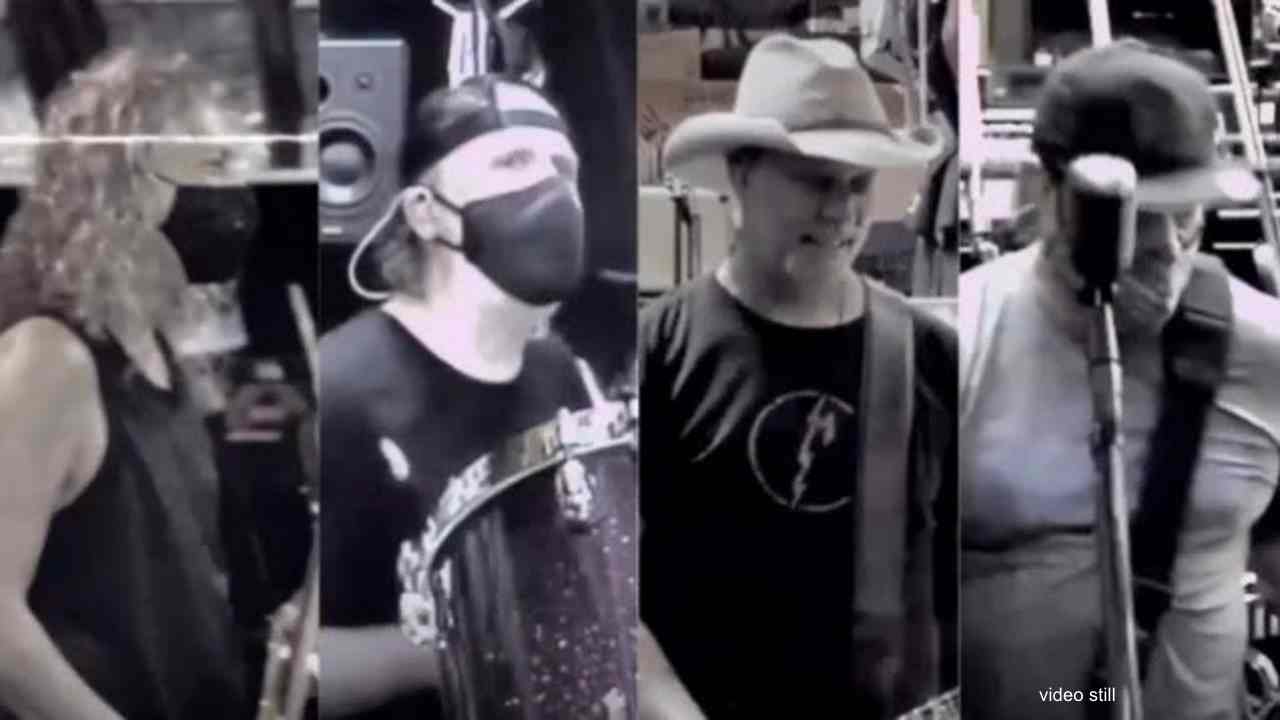 (hennemusic) Metallica are sharing video footage of an August 6 rehearsal at their HQ in California. The band posted a brief clip of the opening of their 1984 classic, "Creeping Death", to their Instagram stories account, as Lars Ulrich, Kirk Hammett and Robert Trujillo jam while wearing masks alongside James Hetfield.

In May, Metallica streamed a home isolation video performance of their classic cut "Blackened", the opening track to their fourth album,. 1988's "...And Justice For All."

The band are gearing up for the August 28 release of "S&M2", a new live package with the San Francisco Symphony. The package presents material from a two shows last fall as the pair officially opened the new Chase Center in San Francisco, CA; the events also marked the 20th Anniversary of their 1999 live performance recording "S&M." Watch the video here.