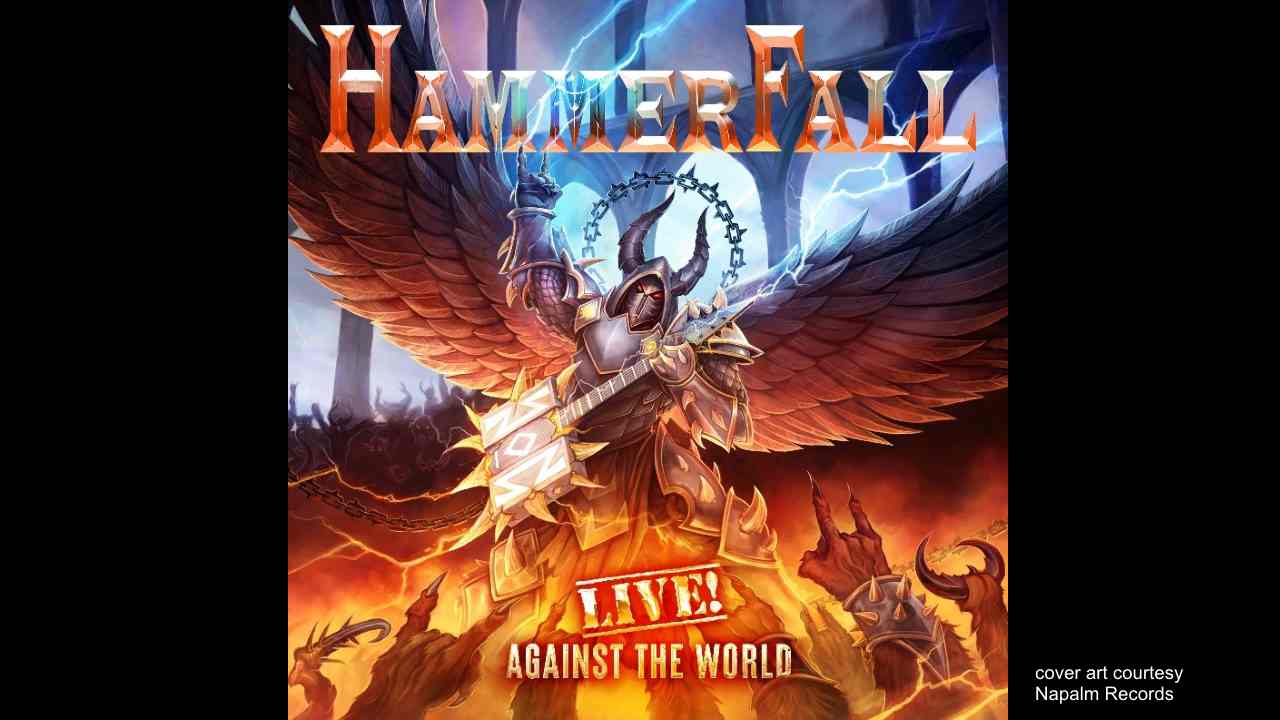 HammerFall have released a video for "Never Forgive, Never Forget" from their forthcoming live package, "Live! Against The World", which is set to be released on October 23rd.

Joacim Cans had this to say, "We Are HammerFall And This Is What We Do! I am so damn proud that we are able to present a full blown, up-to-date, live show in these extremely difficult times. A time when real live shows in front of a 'real' live audience have ceased to exist.

"The show at MHP Arena Ludwigsburg was nothing but epic and really captured the strength and power of the band as a live act and shows the joy we are experiencing together on stage every night, no matter where we play.

"This is the biggest stage production we ever had and now you can experience this at home anywhere, at any time. HammerFall is and always will be a live band and together with the greatest fans in the world we are an unstoppable force!"

Oscar Dronjak added, "The live act that HammerFall is right now blows everything we have done previously out of the water, and I am super happy that we got to document it in this way on the biggest tour we have ever done.

"The setlist speaks for itself, every album is represented with at least one song; there's stuff we have never performed live before, songs we haven't played in a long time and of course all the classics.

"It's a great testament to where we stand today, and an added bonus is that we finally got to record something major in Germany, in front of the fans who have been with us literally since day one." Watch the video below: