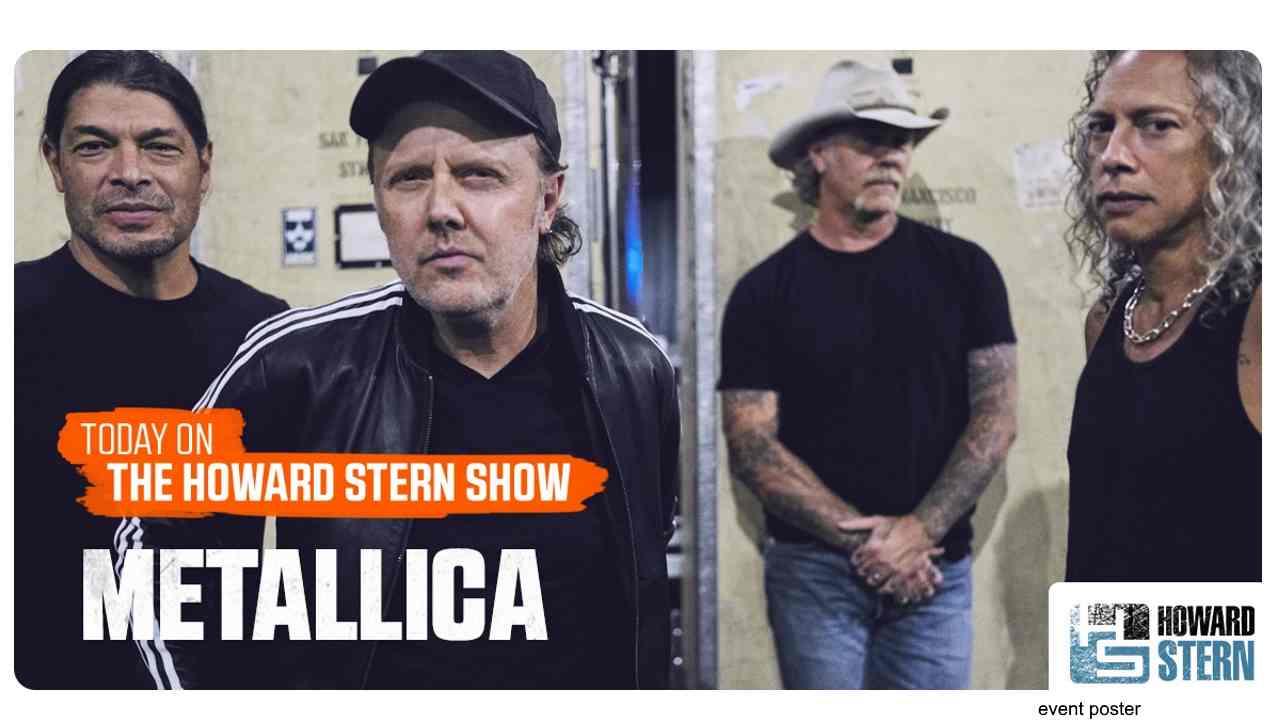 Metallica appeared on the Howard Stern Show on Wednesday morning and took part in an interview and also performed three songs from their headquarters in San Rafael, Ca.

The group performed the "Black" album classics "Wherever I May Roam" and "The Unforgiven," as well as " All Within My Hands", from their 2003 album "St. Anger."

Here is what the band said in the announcement about the appearance, "Our great friend, and ever loyal METALLICA supporter, Howard Stern has invited us to pay a virtual visit to his show this Wednesday, August 12.

"It's going to be yet another first during this very unusual time as we'll be hanging in Northern California at HQ and chatting with Howard while he's camped out in his home studio. Tune in for lots of conversation and some morning metal! Listen on @SiriusXM Channel 100 and in the SiriusXM app." Check out the official stream of the show here, and stream of just the Metallica appearance has been shared via YouTube , check it out below: