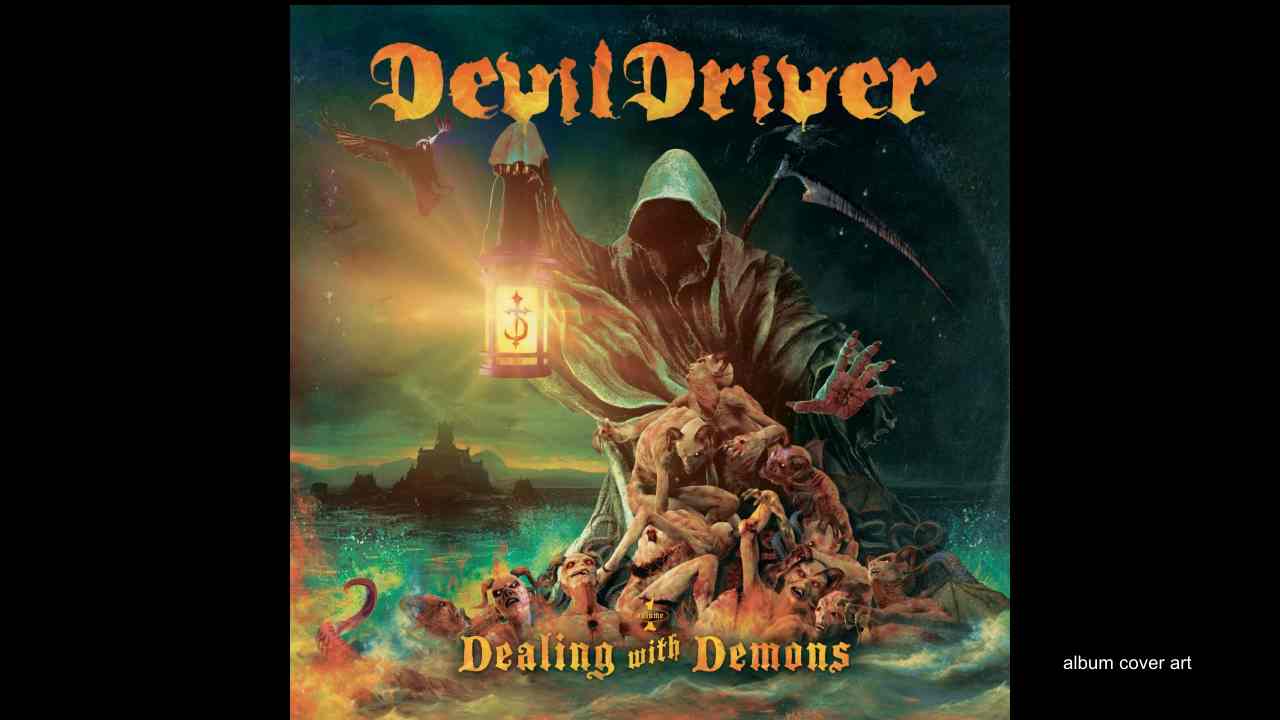 Devildriver have released a music video for their brand new single "Nest Of Vipers." The track comes from their forthcoming double album, "Dealing With Demons. "

Frontman Dez Fafara had this to say about the track, "This is my first co-written lyric on any Devildriver track with another band member, penned with our guitarist Neal Tiemann. Working with Neal is a good time. We always want what's best for the song.

"Lyrically, the chorus says it all -'the kings sworn men make perfect liars'. This is the cold, hard truth, as people's loyalties are often bought and sold.

The lyric 'she sleeps with bones beside her' refers to another theme touched upon in this track - a woman laying in misery next to her 'bones' of contention, harboring guilt as her loyalties are also bought and sold

" It's all a sad state of affairs once you get into that bought and sold mentality, whether it's with your work or friendships."

The first volume of the double album, entitled "Dealing With Demons I," is set to be released on October 9th. Watch the new video below: