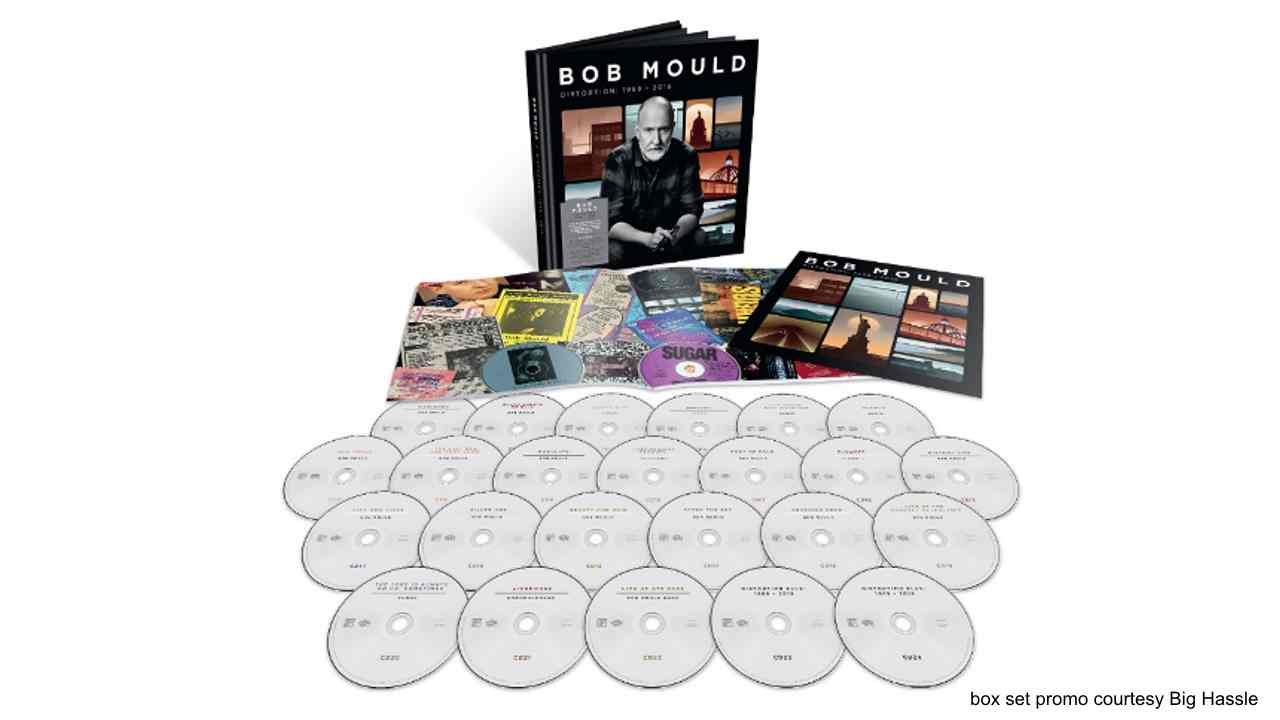 Bob Mould is streaming a live performance of the Husker Du classic "Could You Be The One", to promote his forthcoming "Distortion: 1989-2019" box set.

The video was captured during an October of 2005 performance Washington D.C.'s 9:30 Club and it will be one of the tracks featured on the CD anthology's Distortion Plus: 1989-2019 rarities and collaborations discs alongside other highlights from the show.

Bob said of the show, : "For years, I didn't play Hüsker Dü material with my subsequent touring bands. This was the first time my longtime friend and colleague Jason Narducy (bass) played in my touring band. Rich Morel (keys) was my work partner for 11 years in BLOWOFF, and the 9:30 Club was home for our monthly dance party.

"Brendan Canty (drums) nudged me out of my self-imposed 'rock retirement' after the 1998 Last Dog and Pony Show tour (which is also chronicled in the box set). Brendan's company Trixie Productions filmed and edited the show."

The box set will be released on October 2nd and will feature Mould's recorded work from 1989 onwards: 18 studio albums, plus four live albums and two albums of rarities and collaborations.

"It's called Distortion because it describes the music and it fits the world we live in," says Mould. "In this new age, everybody shares their life in real time. But I'm not done yet. If I didn't have a constantly active career, this anthology might feel like the proverbial dirt landing on top of my coffin - though somehow I seem to be able to crawl my way out of the dirt every time!"