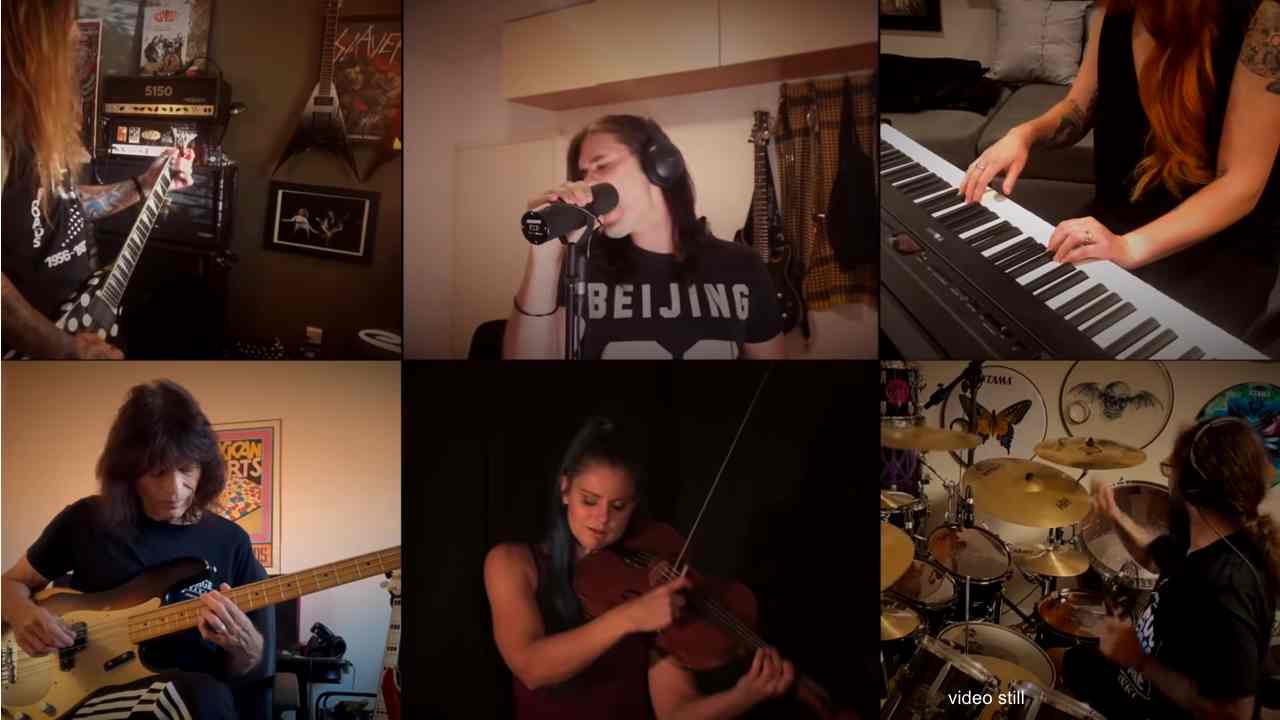 Phil had this to say, "This series wouldn't be complete without this song included. It's my favorite RR-era Ozzy song/solo so when Mike told me it was one of 3 songs on his "to do" list, it was time to tackle this song. Dino and I had been waiting for a song to do with MP and since the BPMD record had come out and I wanted to wait a bit before doing another with him.

"This needs to be epic and although having Marta handle the piano/synth bells/vocoder parts was going to be legit, I wanted something filling more space and immediately asked Julie (who killed it on 'Falling' for us) to add as much as she wanted and see what she would come up with. Having these 2 on this song with their ideas and performance makes it incredible.

"We needed a bass player and I shot for the moon. Rudy is the most professional, courteous, polite, capable and compassionate musician I've worked with and as he said "of course, I'd be honored" I knew it was going to be special, in many ways.

"It's no secret Randy is my favorite musician. His passion for not only music but also for performing has struck something with me and I'm paying tribute in this way to maybe inspire others to follow his life's work. With some of my earlier jams I recorded single/pass tracks, but with this one I wanted it to respect it as he would. 2 rhythm, 2 6-string acoustic, 2 solo, 1 12-string and 1 nylon-string tracks later, I hope you all enjoy what the 6 of us accomplished. RIP RR." Watch the video below: