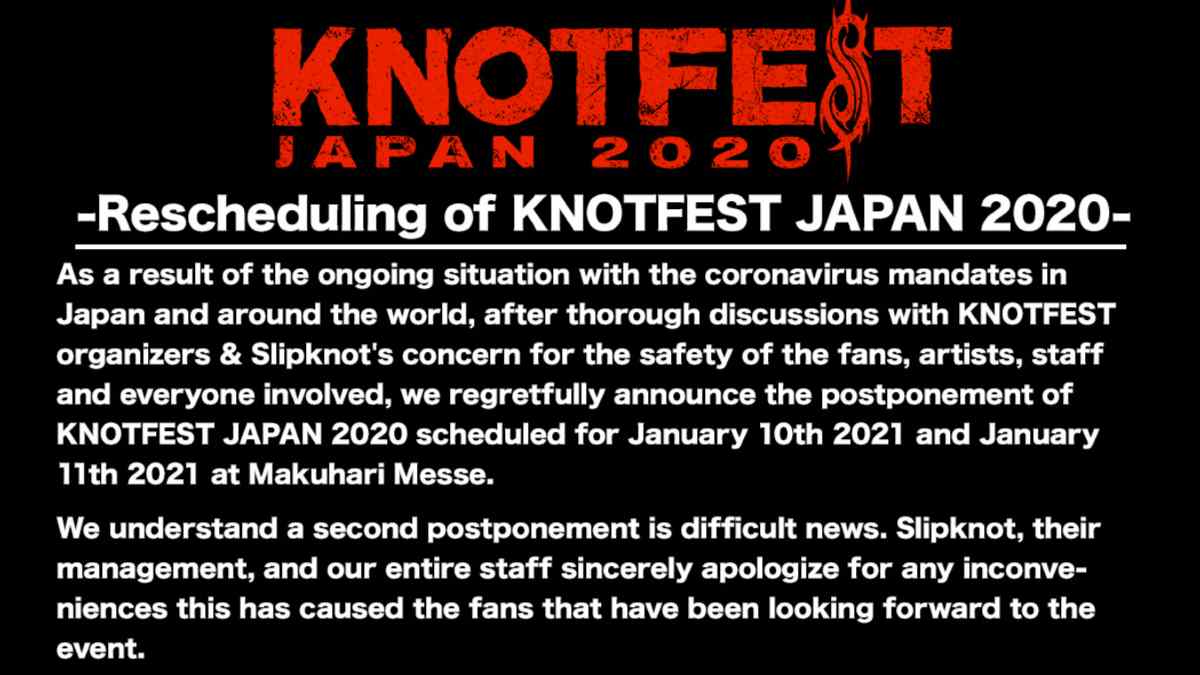 Slipknot have announced that they have been forced to once again postpone their Knotfest Japan 2020, due to the Covid-19 lockdowns and the event will now take place in April of 2022.

The original festival was scheduled to take place this past May but was postponed to January of 2021. The band and the promoter have now opted to push it back until 2022.

They said, "As a result of the ongoing situation with the coronavirus mandates in Japan and around the world, after thorough discussions with Knotfest organizers & Slipknot's concern for the safety of the fans, artists, staff and everyone involved, we regretfully announce the postponement of Knotfest Japan 2020 scheduled for January 10th 2021 and January 11th 2021 at Makuhari Messe.

"We understand a second postponement is difficult news. Slipknot, their management, and our entire staff sincerely apologize for any inconveniences this has caused the fans that have been looking forward to the event.

"For people who wish to keep their tickets, please store your purchased tickets in a safe place as they will be honored for the rescheduled dates. For people who wish to receive a refund, ticket refunds will be available between 10AM on December 2 (Wednesday) 2020 and 11:59PM January 12 (Tuesday) 2021." See the tweet here.