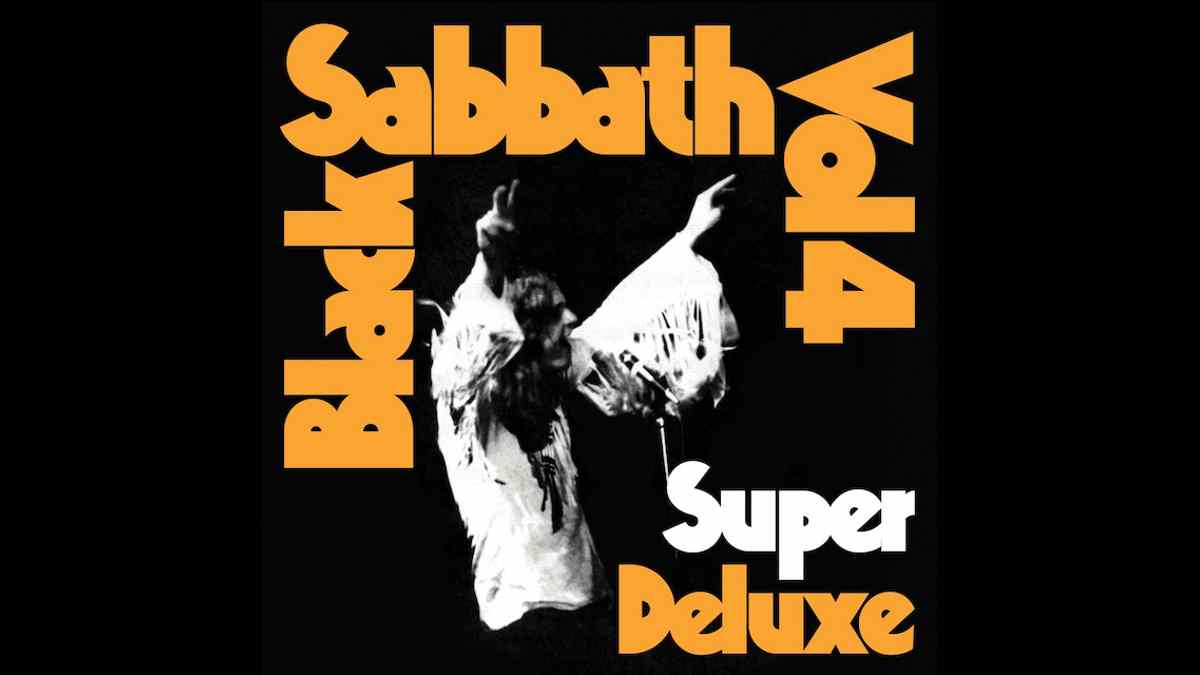 (hennemusic) Black Sabbath will release an expanded reissue of their 1972 album, "Vol. 4", on February 12, 2021. The reissue is being previewed with the 2021 remastered audio version of "Tomorrow's Dream."

The band's fourth record - which featured classic tracks like "Supernaut", "Snowblind" and "Tomorrow's Dream" - reached No. 4 in their native UK and peaked at No. 13 on the US Billboard 200 on its way to selling a million copies in the country.

The 2021 Super Deluxe Edition reissue presents a remastered version of the original album alongside 20 unreleased studio and live recordings from the era.

Among the bonus material is six previously unreleased studio outtakes from the original sessions, newly mixed by Steven Wilson using the analog multi-tracks; fans will hear outtakes for "Supernaut" and "Changes," as well an instrumental version of "Under The Sun." The set also features 11 additional studio recordings (also newly mixed by Wilson) that spotlight alternative takes, false starts and snippets of studio dialogue.

The package is rounded out with a collection of live performances that re-create a typical setlist from Black Sabbath's tour for "Vol 4." Recorded in March 1973 at various stops along the band's U.K. tour, the recordings were originally slated for a live album that was ultimately shelved.

The "Vol. 4" Super Deluxe Edition will be available in a 4-CD and 5-LP packages; both will include extensive booklets featuring liner notes with quotes from the era from all four band members, rare photos, and a poster with previously unpublished early artwork of the album using the working title Snowblind. Check out the preview track and see the tracklisting here.