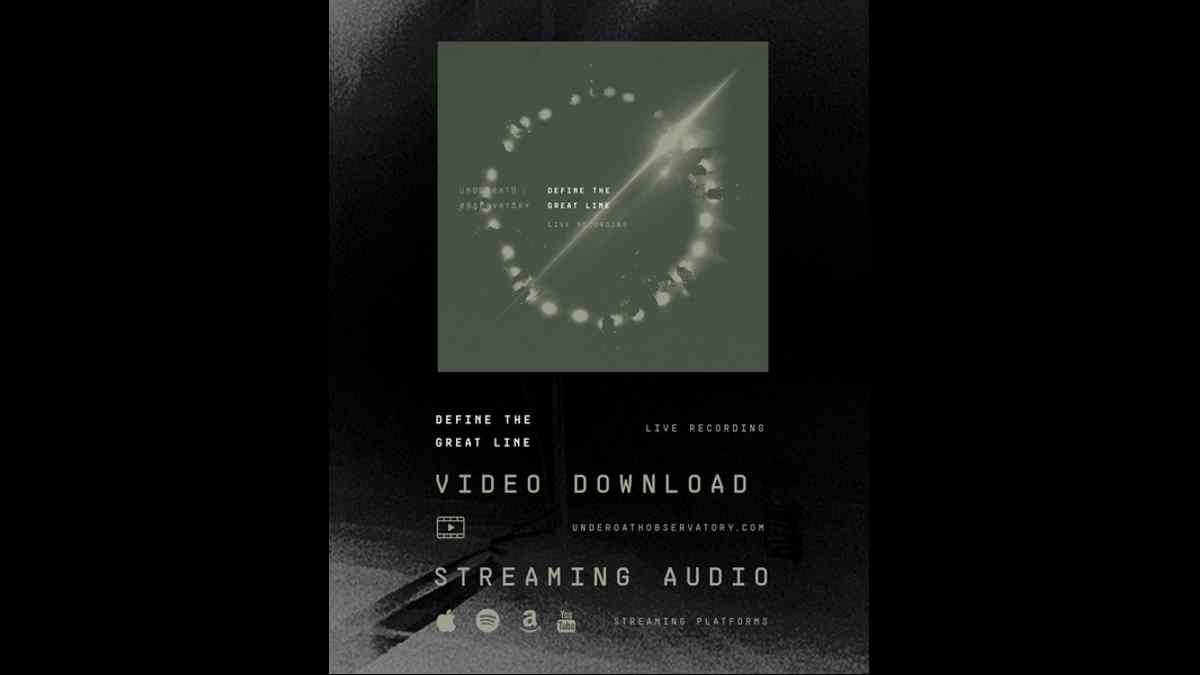 Underoath is sharing a stream of their full performance of their 2006 album "Define the Great Line", that was part of their Observatory Livestream series this past July.

The audio for the stream was remixed by Chad Howat (Paramore, K. Flay). We were sent the following details: "Underoath were one of the first artists to produce an immersive, full production that was completely livestreamed - to this day, the vast majority of streams aren't truly live.

"Underoath approached this series as more than just the live performance, and as they launch Phase 2 of OBSERVATORY, they want fans to be able to access or own the audio and video from the groundbreaking event.

"If fans aren't interested in owning the material, they can still listen to the show anytime via their favorite streaming platform. Music videos of select songs will be released weekly for each show."

Check out "In Regards To Myself" below and stream the full show here. Video of the show is also available to purchase here