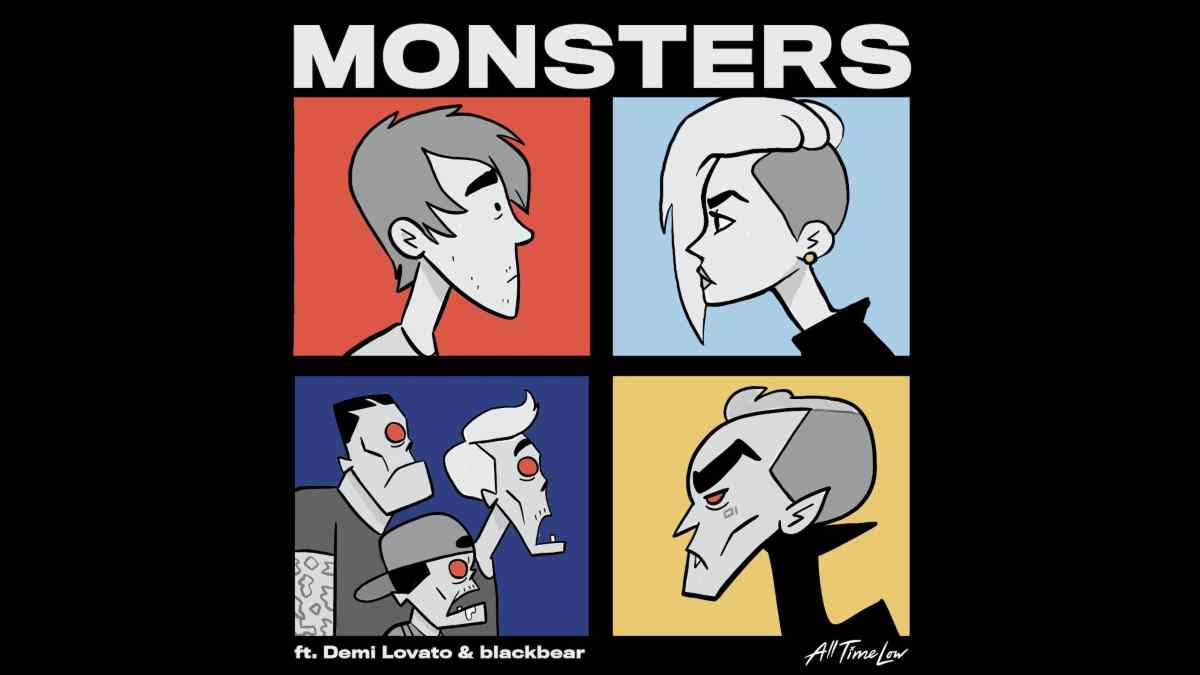 All Time Low have revisited their song "Monsters" for a new recording of the track that features producer blackbear and pop singer Demi Lovato and have released an animated video for the revised track.

Alex Gaskarth had the following to say about the new version of the track, "Demi's been a friend for a long time and we're really excited that she was down to lend her absolutely incredible voice to this song as we reimagine it and continue to celebrate all the ways it's connecting with fans around the world."

The original chart topping version of the track also features blackbear and is features on the band's latest album "Wake Up, Sunshine". Watch the animated video below: