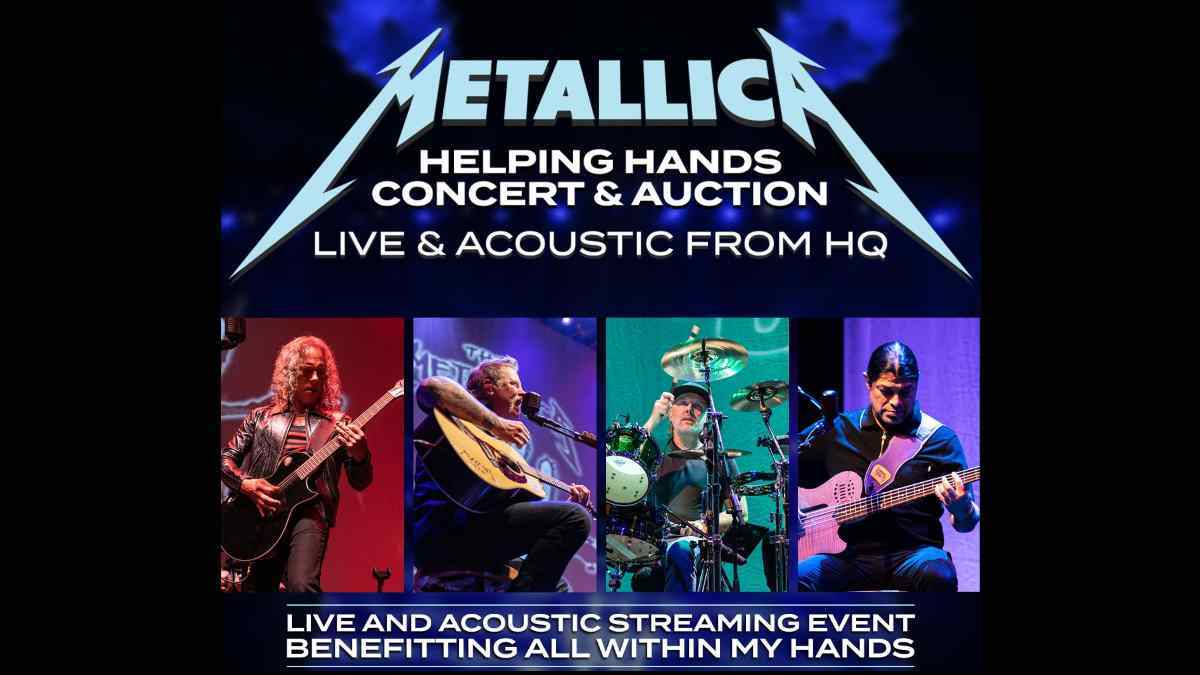 (hennemusic) Metallica are sharing video footage from their November 14 pay-per-view event, "Live & Acoustic From HQ: Helping Hands Concert & Auction." Streamed from the band's headquarters in San Rafael, CA via nugs.tv, the group delivered two sets - one acoustic and one electric - in support of their charitable foundation.

Fans can watch the opening song from the acoustic portion - 1988's "Blackened" - as well as their 1986 classic, "Disposable Heroes", which kicked off the electric performance.

The 8-song acoustic set mixed tracks from their catalogue alongside covers of tunes by Deep Purple ("When A Blind Man Cries") and Bob Seger ("Turn The Page"), while the electric set delivered 6 songs and included the band's version of the folk classic, "The House Of The Rising Sun."

Joining Metallica were mandolin player and multi-instrumentalist Avi Vinocur and keyboard player Henry Salvia, and guest appearances from James Hetfield's son, Castor, and Lars Ulrich's son, Layne, who added backing vocals and percussion to the first-set closer "All Within My Hands".

"A MASSIVE thank you to all our fans around the world who joined us for #HelpingHands2020!," says Metallica. "Thank each and every one of you for making this show such an awesome experience."

The livestreamed event is raising funds for the group's All Within My Hands Foundation. "If you couldn't catch the show live, don't worry! You can still purchase the show until Tuesday, November 17 at 11:59 PM PST," adds the band. "You'll be able to watch the show in its entirety and your entire purchase will still benefit All Within My Hands!" Watch the video here.