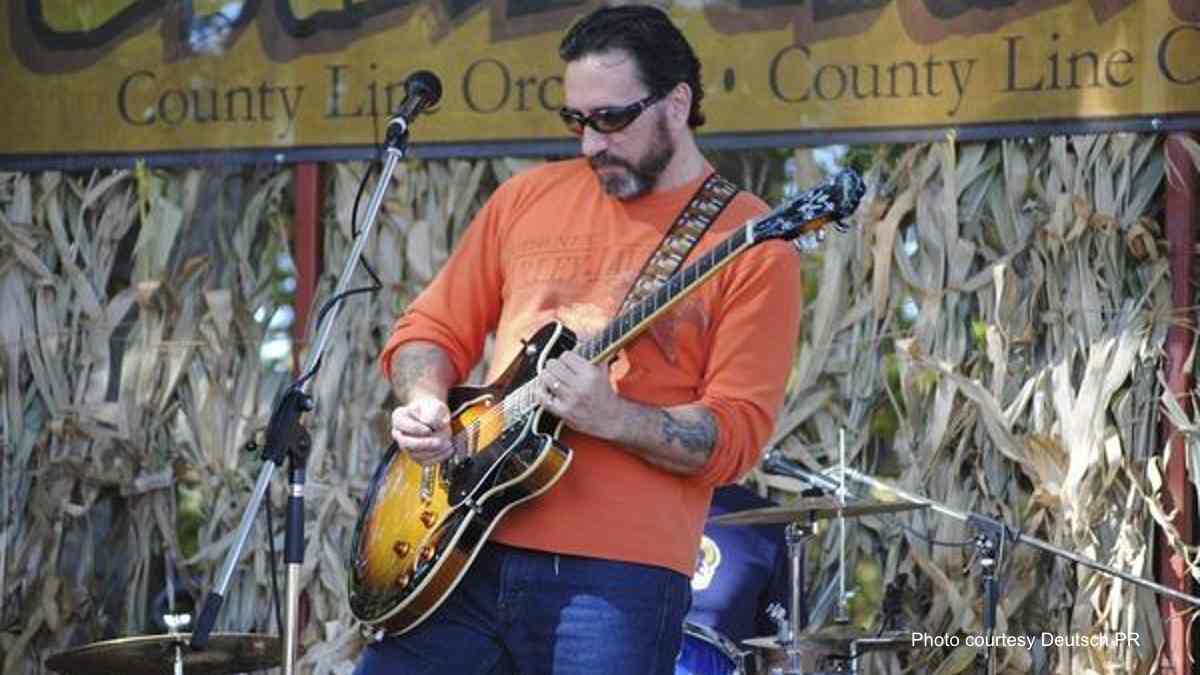 Head Honchos recently released their new album "Blues Alliance" and to celebrate we asked Rocco Calipari Sr. to tell us about the song "Rock N Roll". Here is the story:

Hello music lovers Rocco Calipari Sr. here with Head Honchos. I would like to thank Singled Out for asking us to write another installment. This time from our new CD on Grooveyard Records, Blues Alliance.

The song is titled Rock n Roll. Not a cover of the great Led Zeppelin song but a walk down memory lane for me growing up in Detroit. I was born in Detroit city in 1966 from a very musical artistic family. My Mother was a Ballerina and owned a dance studio where she met my Father, bringing his sister to dance lessons. He was all about Muscle cars, Boxing and Rock n Roll. Motown music was on every radio station along with plenty of Rock n Roll and we loved it all. Detroit radio was great ! growing up. My sister and I also loved watching all of the musical television shows like The Jackson 5, American Bandstand, Soul Train,Tom Jones, even The Osmonds, we would tune in anytime we could to watch live music. We loved it .

When I was 12 years old I told my Dad I wanted to play guitar. He was 100% supportive and went out and got me an electric guitar and amp. I remember it like it was yesterday. I plugged it in and turned it up full blast, hit a string and heard the natural distortion and I was hooked immediately. I knew right then that's all I wanted to do for the rest of my life. My school work took a backseat because I could not wait to get home and practice. There was a small music store down the street from where I lived called Craig's Music. Craig Stockanger was the owner, great guy teacher and player. I walked in with 2 records, Bob Seger Live Bullet and Chuck Berry's greatest hits and asked if they could show me how to play like Drew Abbott and Chuck Berry. They kind of laughed and told me I needed to start from the beginning and recommended that I buy a Mel Bay book. So I did but learning Red River Valley on one string was not what I
was looking for. Learning from the book was like school work and seemed to take too long, I wanted to Rock ! Lol. Christmas of 1979 Craigs Music held a student recital at The Fandango Hall. I asked if I could play Johnny B. Goode, the only problem was I didn't know how to play it yet. They told me that I wasn't ready and that I could play next year. I asked if I learned it on my own, could I play it ? Not thinking I would, they said yes.

I went home and got to work. Moving the needle back and forth on my LP, which seemed like a million times, I learned it. They let me play in the recital. I was the only electric guitar player. All of the others played acoustic folk music and Christmas songs. When I got up and played Johnny B. Goode people danced, clapped and cheered, I was the only one to get that kind of response. I'm sure it helped that I was a 13 year old kid and all of my family was there to pump up the crowd. What really got them going was the song, the greatest Rock n Roll song of all time Johnny B. Goode. I still love playing it at our shows and it never fails to get people out of their seats. There are many great music styles and players out there but if you really want to get people moving and feeling good, stay close to the Rock n Roll!

Singled Out: Head Honchos' Not For Me