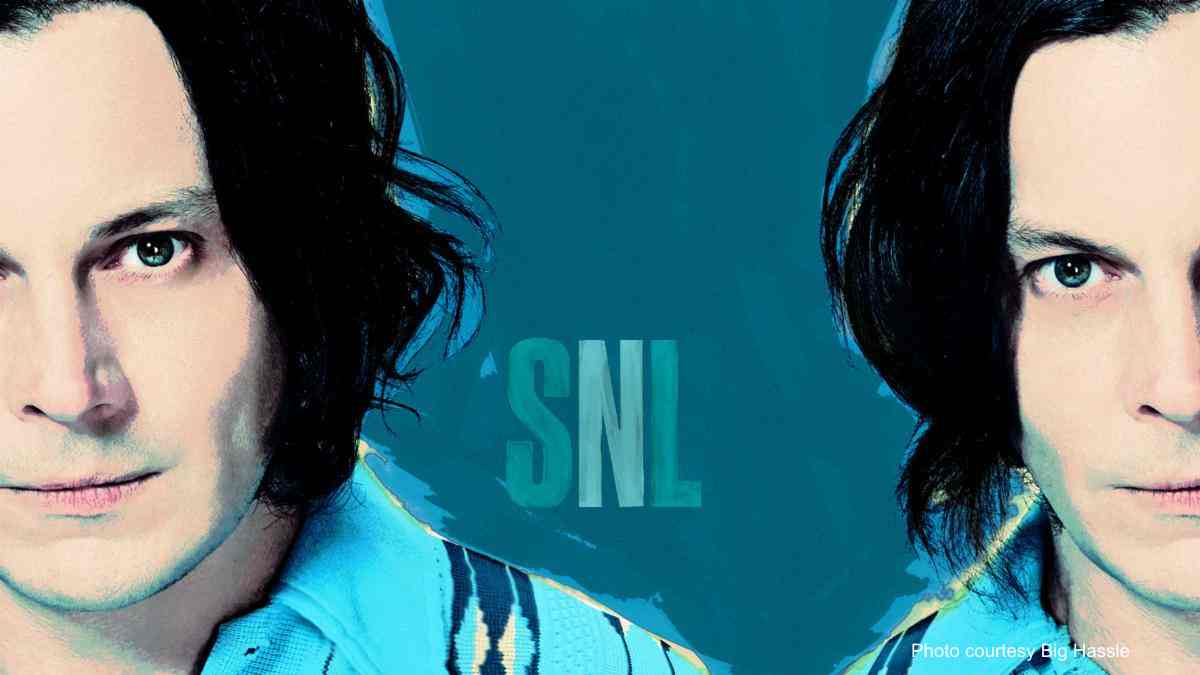 (hennemusic) Jack White paid tribute to the late Eddie Van Halen during his October 10th performance on NBC-TV's Saturday Night Live and video of the appearance has been shared online.

White delivered a musical nod to the iconic guitarist and featured a customized Eddie Van Halen guitar during his last-minute appearance on the show, just days after the rocker passed away after a long cancer battle at the age of 65.

"I thought it could be a nice gesture for me to use this blue Eddie Van Halen model guitar for one of the songs tonight on SNL," shared White on social media ahead of the broadcast alongside a photo of the instrument.

"The guitar was designed by Eddie (with a few customizations I had added). Eddie was very kind to me and saw to it that this guitar was made for me to my specs. I won't even insult the man's talent by trying to play one of his songs tonight. Thanks again, Eddie, for this guitar and rest in peace sir."

White used the guitar to deliver the title track to his 2014 release, "Lazaretto", during which he also added some Van Halen-style tapping to the start of the solo.

White also performed a medley of The White Stripes' 2003 song, "Ball And Biscuit", his 2016 Beyonce collaboration, "Don't Hurt Yourself", and 1928's "Jesus Is Coming Soon" by Blind Willie Johnson.

The former White Stripes frontman was a last-minute addition to the late night program after the scheduled guest, country artist Morgan Wallen, ran afoul of the show's pandemic protocols and producers decided to bring in another artist. Watch video of White's performances here.