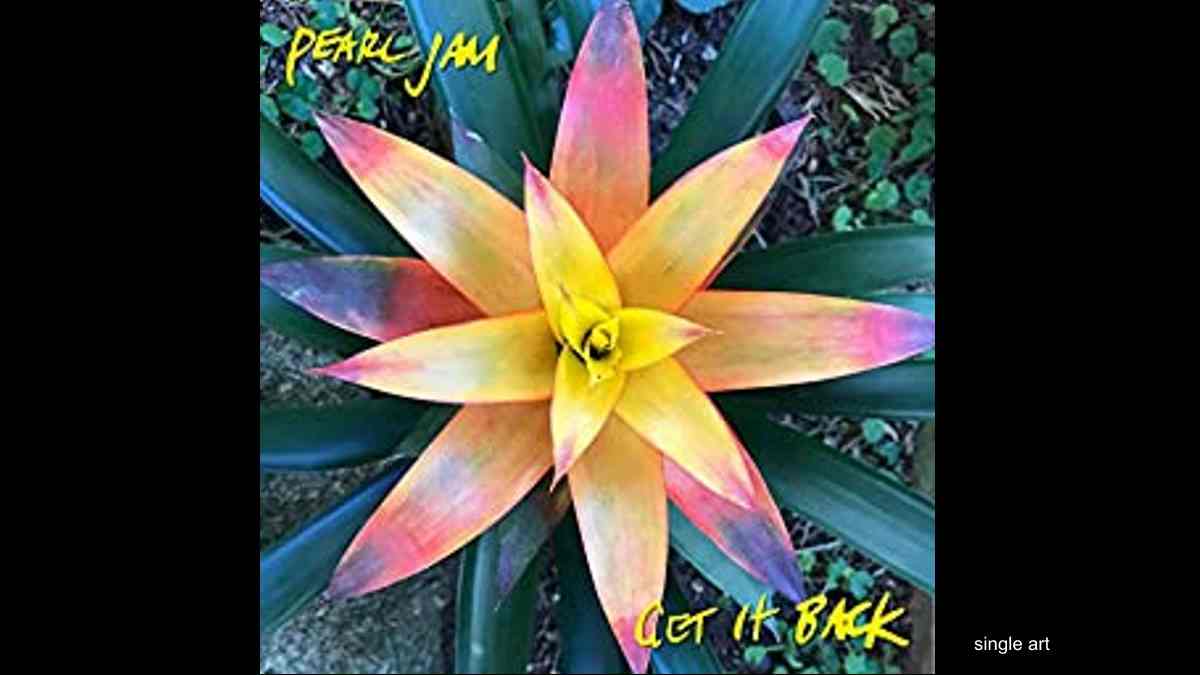 Pearl Jam have released a brand new song entitled "Get It Back", which is now available on major streaming services and digital music retailers.

The track was written by drummer Matt Cameron and was featured on a political fundraising compilation and follows the group's chart topping studio album, "Gigaton", which was released back in March.

"I saw them on the VH2, Women and Children First, Fair Warning, and Diver Down tours. Also when they came back with David. I started playing guitar about a year after Van Halen I came out. It sounded like Eddie was from another planet and the energy from Van Halen was undeniable. Amazing songs too. 'Romeo Delight,' 'On Fire,' 'Unchained,' 'Mean Street,' 'DOA,' 'Light Up the Sky,' 'Ain't Talkin' Bout Love,' 'Eruption,' 'Atomic Punk,' 'Everybody Wants Some,' on and on I can go..."

He added, "Tim Dijulio and I would skip school and wait in line all day for Van Halen back in the day. Eddie was like Mozart for guitar. Changed everything and he played with Soul. RIP EVH."

Stream the new song below: