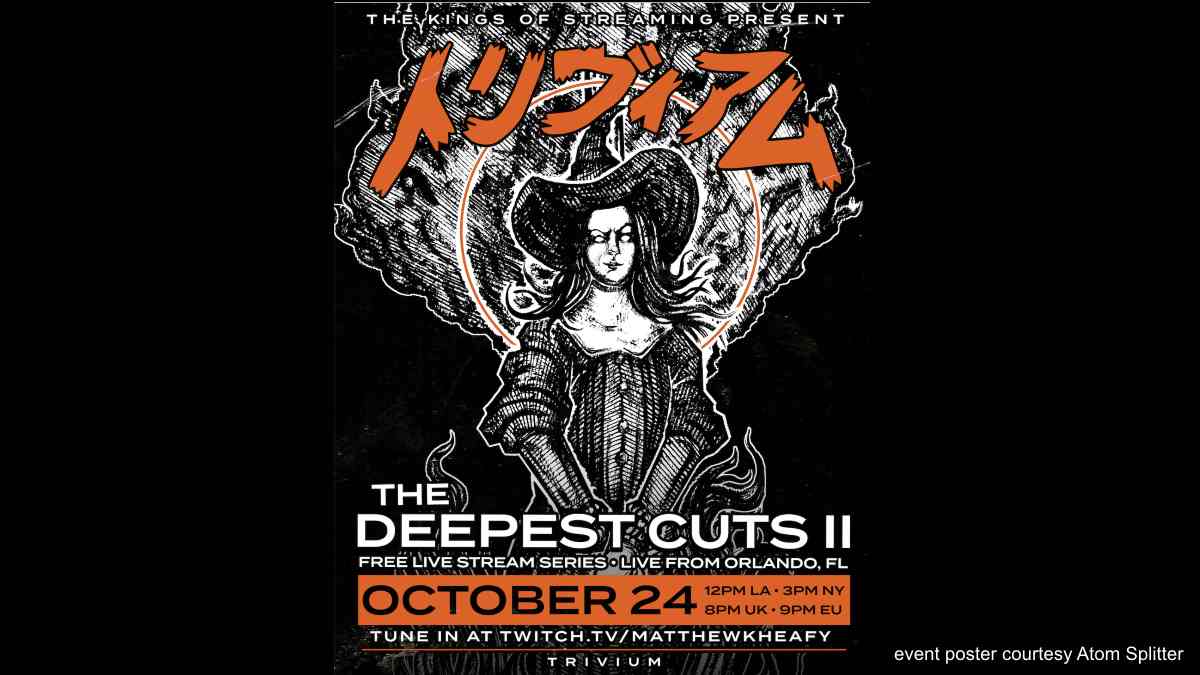 Trivium have announced that they will be staging their "The Deepest Cuts II," livestream performance on October 24th via Matt Heafy's Twitch channel.

This will mark the second and final livestream in the band's series of free, single cam performances from their rehearsal room in Orlando, Florida and it will be taking place at 3pm ET/12pm PT.

The band had this to say, "We are taking you back into our jam room to give you more deep cuts that we rarely play and a few we have never played before.

"If you have ever wanted to be a fly on the wall for one of our practices, this is your chance. Get in the chat and talk to us and Trivium fans all over the world as we run through another unique set."

The group has shared the set list for the special show and they are asking fans to choose the order that they will be performed during the show. See the list below:

"Wake (The End is Nigh)"
"The Calamity"
"Drowning in Slow Motion"
"Insurrection"
"Declaration"
"Drowning in the Sound"
"Cease All Your Fire"
"Incineration: The Broken World"
"And Sadness Will Sear"
"Broken One"
"Washing Me Away in the Tides"
"Falling to Grey"