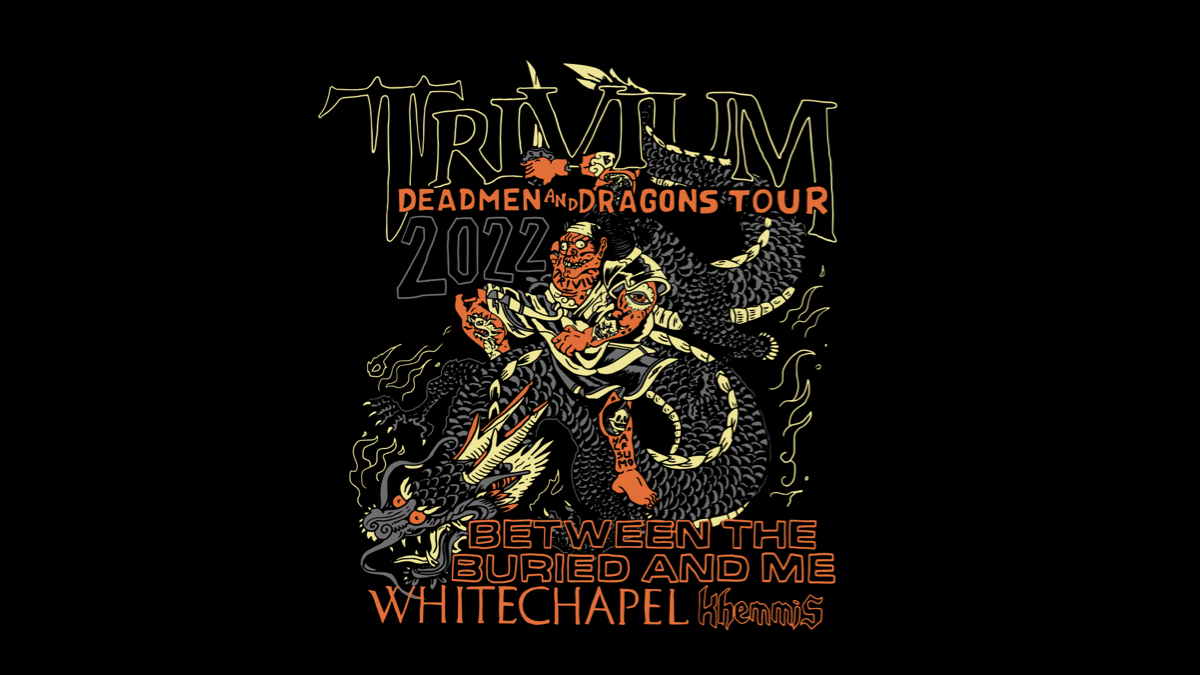 Trivium have announced that they will be launching a North American headline trek this fall that will be called the Deadmen and Dragons Tour and will feature support from Between the Buried and Me, Whitechapel, and Khemmis.

They will be launching the tour on October 2nd in Boise, ID at the Revolution Concert House + Event Center and will conclude the run on November 10th in Los Angeles at The Wiltern. Tickets go on sale on Friday, July 22 at 10am local time.

Matt Heafy had this to say, "Between the Buried and Me are the pioneers of mixing genres well before anyone else had. BTBAM back in 2002 - on the impeccable self-titled album - showed that they were unapologetically ready to mix elements of death metal, melodic death metal, grindcore, power metal, prog, ethereal - at times beautiful - passages of melody. Their self-titled record was a massive influence on me; I was captivated by the immense mixture of so many styles. Through their combining of a vast range of sonics and soundscapes, they created a sound that is truly their own."

Corey Beaulieu shared, "We're excited to have Whitechapel be a part of this amazing bill. It's been over 10 years since we toured together on the Shogun tour and seeing how the band has progressed over the years and added a killer melodic element to their brutal sound just makes it a perfect time to share the stage once again."

Paolo Gregoletto added, "Khemmis is one of my favorite new bands of the last few years, and when we were putting the tour together, I heavily advocated for having them on the bill.

"I think it's always a testament to a band's sound when you have trouble pinning a label to it - doom, melodic metal, thrash, death metal. With Khemmis, it's all in there and rocks hard. They are a 10/10 live band and did a great cover of 'Rainbow in the Dark,' so do not miss their set!" See the dates below: