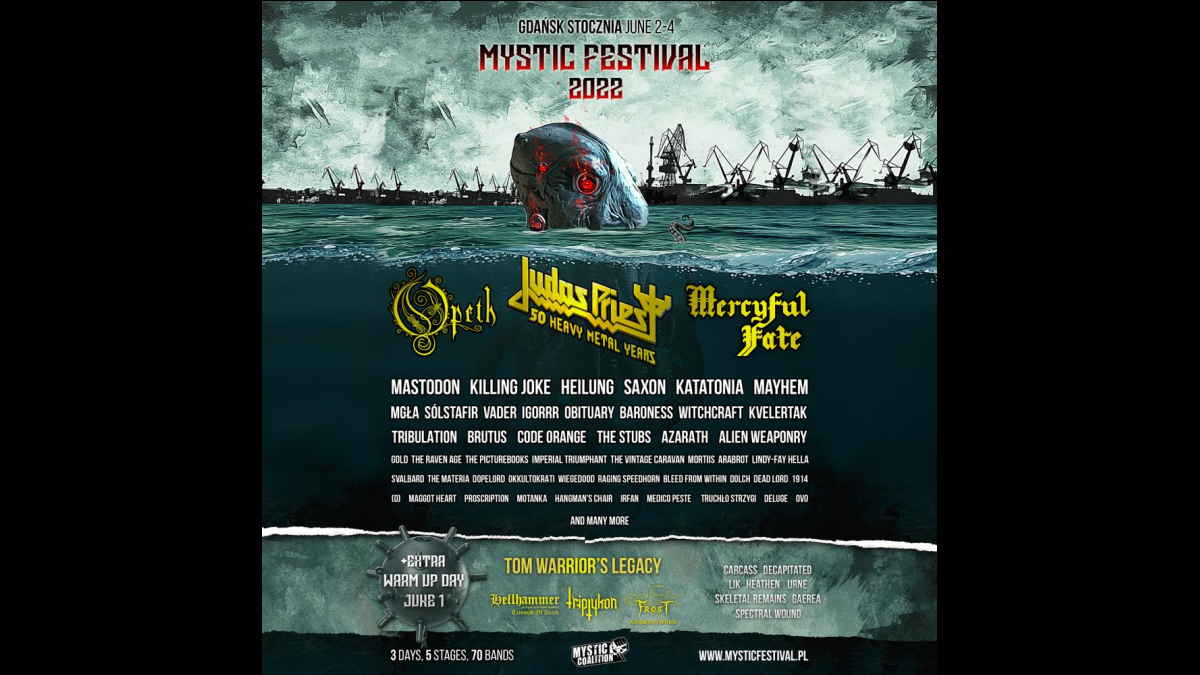 The song was created and released a theme for the upcoming Mythic Festival that will be taking place on June 2nd through 4th at the Gdansk Shipyard in Gdansk, Poland.

Heafy had this to say about the theme song, "Having had the privilege of playing the incredible Mystic Fest, I knew exactly what the theme of this festival needed to be.

"Mystic Festival's energy is electric; its fans some of the best on the planet; its lineup uncanny; and the venue/ backstage/ food/ drinks... everything is perfect. Mystic took incredible care of Trivium and I - so it was easy to craft this behemoth of a song for Mystic. It is our pleasure to present 'Behold Our Power' for Mystic Festival."

There will also be a special Warm Up Day on June 1st that will include Hellhammer performed by Tom Gabriel Warrior's Triumph of Death, a selection of songs of Celtic Frost performed by Triptykon, and Triptykon themselves with their own material.

Other Warm Up Day acts include Carcass, Decapitated, Heathen, Gaerea, Urne, Lik, Skeletal Remains and Spectral Wound. Check out the new song from Heafy and Billy below: