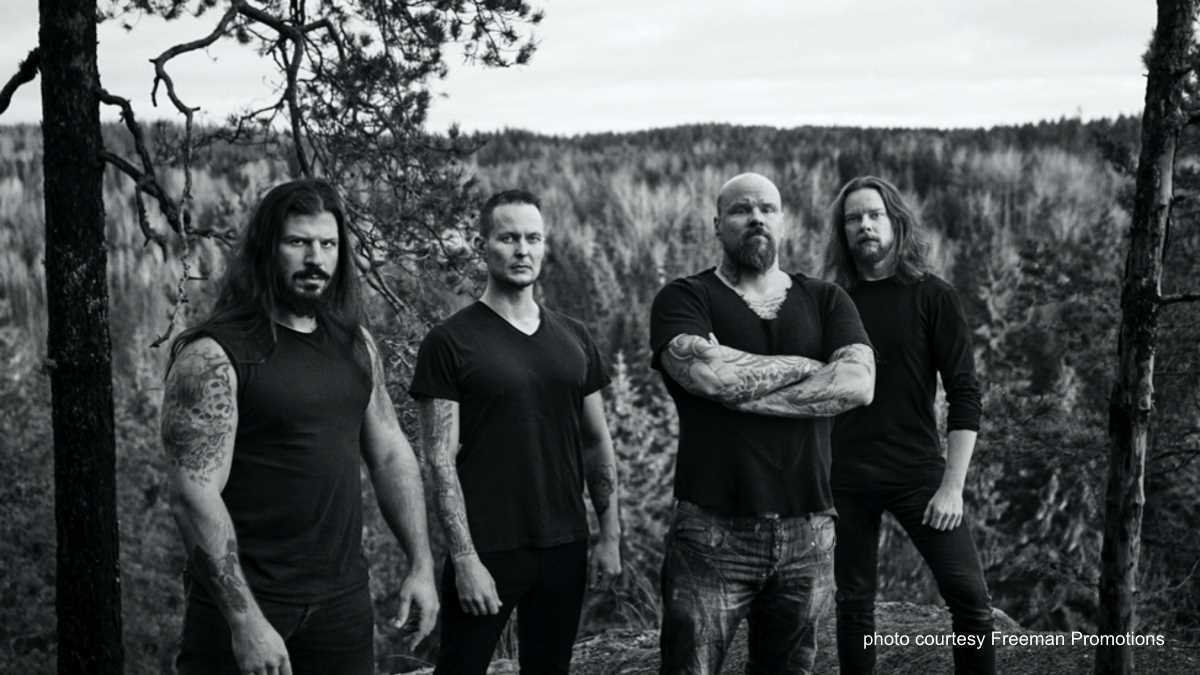 Wolfheart have released a music video for the new single "Horizon On Fire". The track comes from the band's latest studio album, "Wolves Of Karelia," which hit stores this past spring.

Frontman Tuomas Saukkonen had this to say, "Of the entire album, 'Horizon on Fire' is the song that best underlines how outnumbered the Finnish army was with only 32 tanks against over 2500 Russian tanks, 114 aircrafts against Russian 3800 aircrafts and manpower almost three times the enemy during one of the coldest winters of those times.

"I was born in the Karelian region and my father's family farm is only 7km from the border that was drawn after the war, so I also have a very strong personal connection to those historical events. So, lines like below were written purely to honor the sacrifice of the generation that fought the war.

"This lyric video was done by our graphics guy, Nikos Stavridakis of VisionBlack, who has done all of our album graphics for the previous three albums. We wanted to give him a bigger role and get him involved in our video production too so he could bring the album graphic work into life in video format, and underline the Finnish Winter War theme even more deeply." Watch the video below: