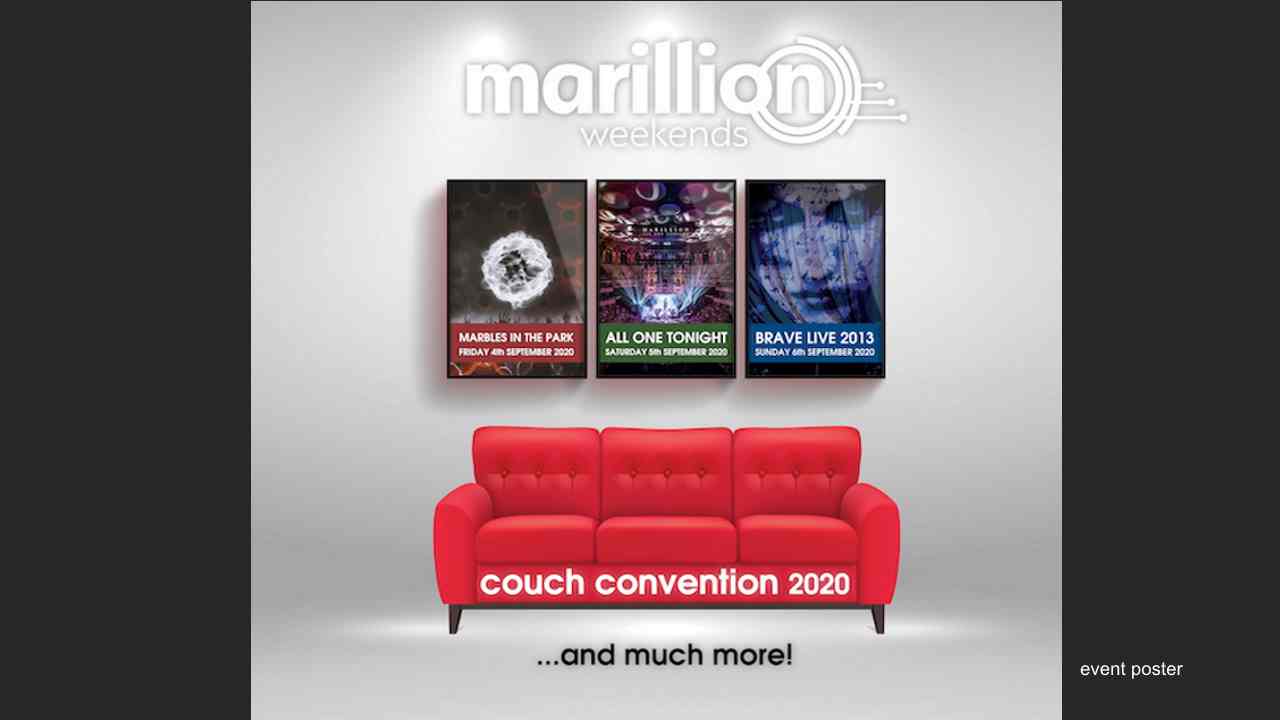 Rock icons Marillion will be joined by fans across the world this coming weekend for what they are calling 'hopefully only', Marillion Couch Convention.

All events over the weekend (4th, 5th & 6th) will be free to fans but they will be offering special merch, as well as an online tip jar to help their crew who have been hit by the pandemic lockdown.

According to the announcement, "The band will broadcast their three most popular gig films on YouTube across the three nights, with support acts, introductions from the band and even a live Q&A hosted by Prog Magazine editor Jerry Ewing. The band will also be hosting virtual Q&A's with fans, music masterclasses, a quiz, fan club meetups with band members, and even a run-along with keyboard player Mark Kelly and a cocktail class with guitarist Steve Rothery. There are opportunities to win a virtual photo with the band, virtual coffee with a band member and all sorts of other competitions, including an online dog show and prizes for the best photos from the weekend."

Frontman Steve Hogarth had this to say, "We have a rare and beautiful relationship with our fans. We wanted to do something to let them know that we are with them; find a way to show our appreciation for the support they give to us and more importantly in strange times like these, each other."

Manager Lucy Jordache added, "When I realised that our 2021 conventions would not be going ahead, I wanted to give our fans something that might help them experience the amazing feeling our conventions famously have. As the COVID 19 crisis deepened, it became more and more important to bring our fans together in a virtual space, where they can feel the love and support from one another and the band." Find more details here.