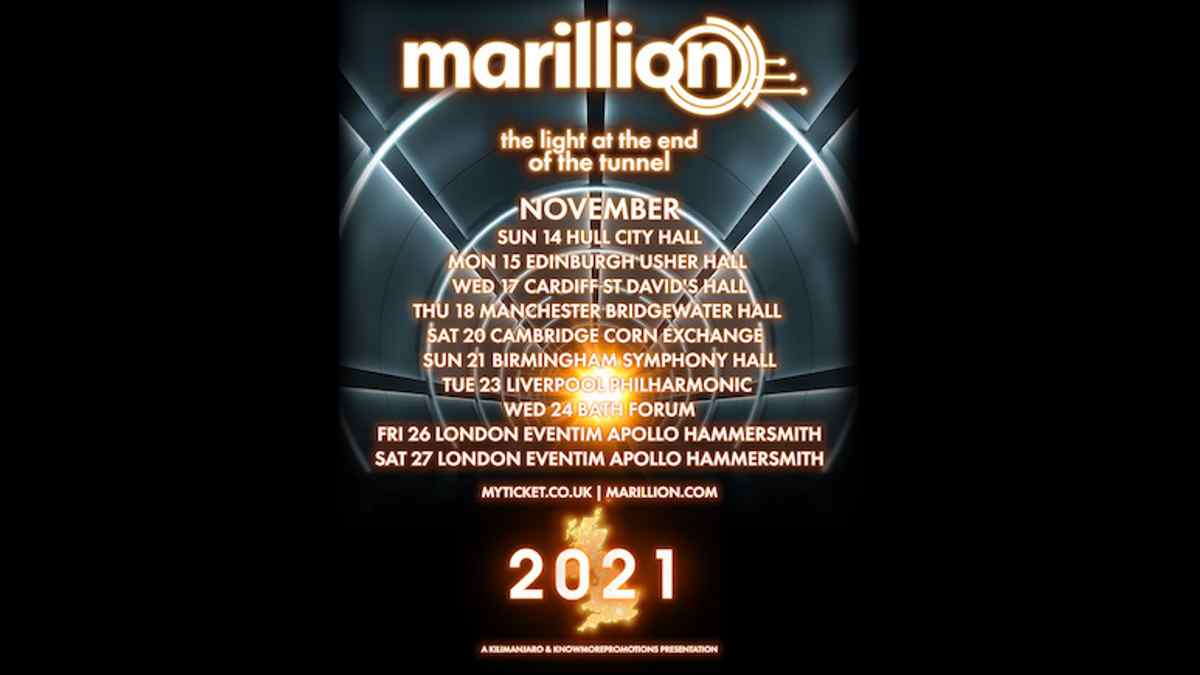 Marillion have announced that they will be bring their The Light At The End Of The Tunnel tour to the UK this fall and are giving one lucky fan the chance to win tickets to every stop.

The trek will be kicking off on November 14th n Hull at City Hall and will be wrapping up with a two night stand at London's London Eventim Apollo, Hammersmith on November 26th (seated) and 27th (standing).

Steve Hogarth had this to say, "No, it isn't a train coming the other way, it is in fact, The Light at the End of the Tunnel. We spent our time IN the tunnel writing our twentieth studio album.

"We will tour in the UK in November and debut one or two new tracks, along with what we feel is the best of our (let's face it) huge catalogue. Our fans are legendary creatures of faith and enthusiasm - some say obsession - so we can't wait for that feeling of reunification as we return from the wilderness, to the stage. The light is gonna feel good."

The band will be launching a contest on their official website on August 31st that will give a fan a chance to win tickets to each stop of the tour.

The contest will run through September 3rd and the band will be revealing the initials for the title of the new album and fans will be asked to guess the title ahead of its reveal on September 3rd.