Seether Bringing Classic Albums To Vinyl For The First Time 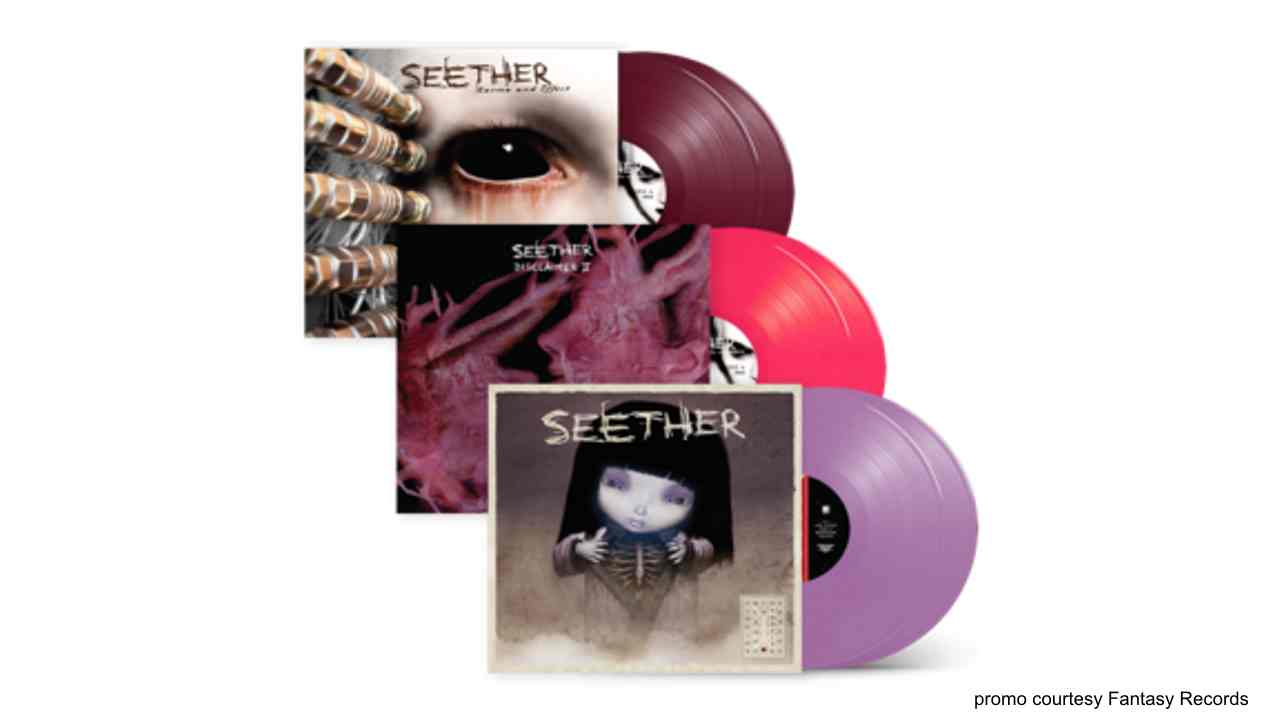 Seether have announced that they are celebrating their 20th anniversary by releasing three of their classic albums on the vinyl LP format for the very first time.

The three albums, "Disclaimer II," "Karma And Effect," and "Finding Beauty In Negative Spaces " will be released on vinyl by Craft Recordings on November 13th.

Here is the official word about all three albums" Disclaimer II is SEETHER's second studio album originally released in 2004 and serves as a recompilation of their debut album, Disclaimer. It includes the 12 original tracks (although slightly remixed) as well as eight additional tracks including the smash hit and RIAA-certified Platinum electric ballad "Broken" featuring Amy Lee of Evanescence. The album is now RIAA-certified Platinum as well. This new 2-LP set is available everywhere on Raspberry Red opaque vinyl, and a limited-edition pressing on Pink Splatter opaque vinyl is available in the band's webstore.

Karma And Effect was the follow-up to Disclaimer II and upon its release in 2005 debuted in the Top 10 globally and is now RIAA-certified Gold. This 2-LP set features artwork etching on side D and is available everywhere on Burgundy opaque vinyl, and a limited-edition pressing on translucent Red Splatter vinyl is available in the band's webstore.

Finding Beauty In Negative Spaces is SEETHER's fourth studio album and was originally released in 2007 and is RIAA-certified Gold. It features the band's biggest single, "Fake It," as well as "Rise Above This" and "Remedy," all of which were Top 10 singles with the former two reaching #1 on several Billboard charts. This 2-LP set features artwork etching on side D and is available everywhere on Lavender opaque vinyl, and a limited-edition pressing on translucent Purple Splatter vinyl is available in the band's webstore.

Related Stories
Seether Recruit Gavin Rossdale For What Would You Do?

Seether Deliver 'What Would You Do?' Video

Seether Unplug For 'Bruised And Bloodied'