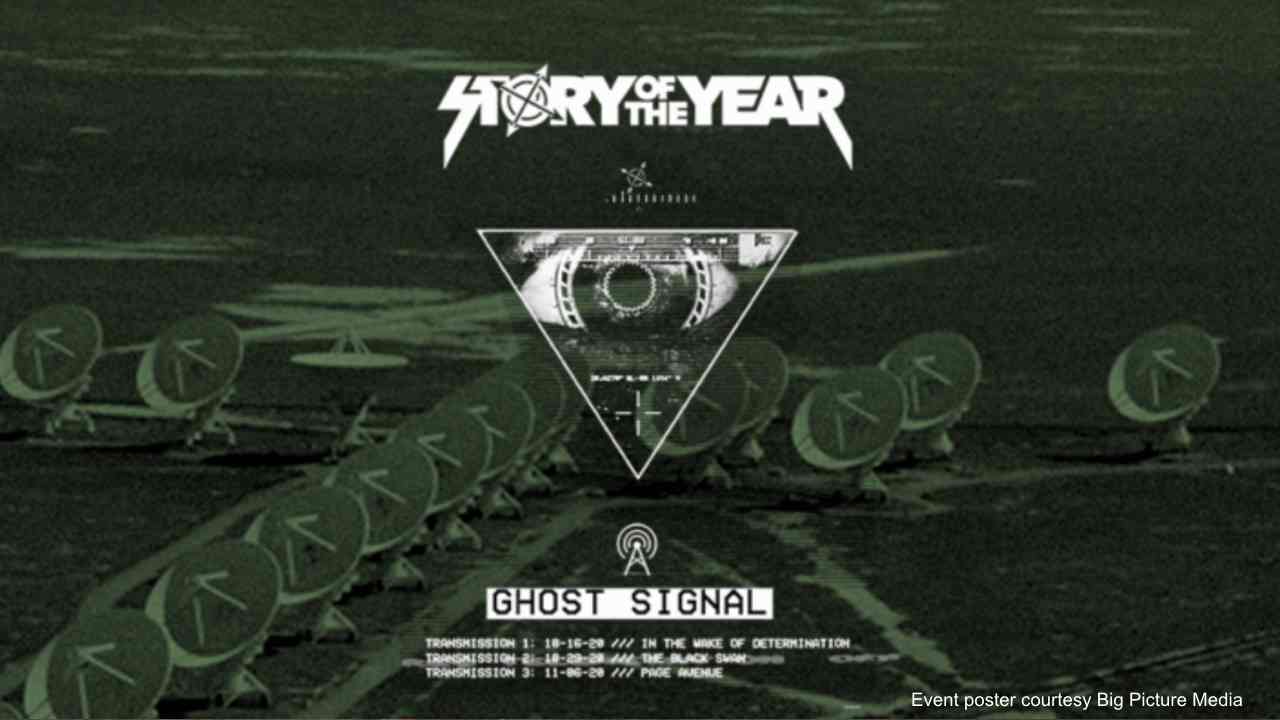 Story of the Year have announced that they will be launching a three night livestream concert series, entitled "Ghost Signal", that will feature different full album performances each night.

They will be beginning the series with a performance of the "In the Wake of Determination" album on October 16th, followed by "The Black Swan" on October 29 and concluding with "Page Avenue" on November 7th.

Ryan Phillps had this to say, "We are going above and beyond to make our livestream an incredible experience for our fans. We didn't want to stand on a stage in a sad empty venue and point a couple static go-pros at us. Instead, we spared no expense in building an elaborate 'bunker' full of state of the art lights and production, including a 40-foot video wall. It's over the top awesome, and honestly cooler than anything we've done live

"Additionally, we've hired an uber creative team of professional camera operators & directors to capture the action in a compelling way. We're aiming to set the benchmark of what a livestream can be and we're going to have all of the fun you've come to expect at a Story of the Year show! Don't miss this sh*t!"

Vocalist Dan Marsala added, "Live music is a huge part of all of our lives, whether it is playing shows or going to shows, we all have a huge void in our lives right now.

"This is our way to try and stay connected and give a unique experience to the fans who share the same love for our music as we do. We're playing our first three albums in their entirety.

"Many of these songs have never been played live before and maybe never will again! Don't miss out on this once in a lifetime crazy event!"

Fans can get tickets here.

More Story Of The Year News