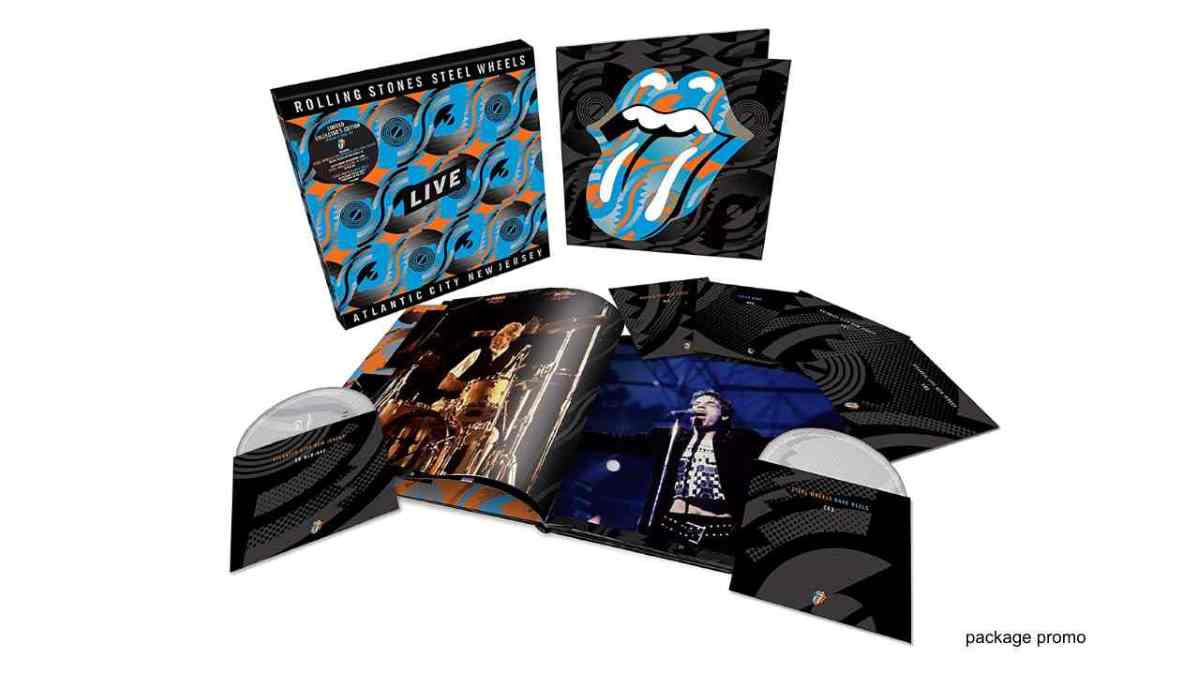 The lead single from "Steel Wheels" was a US Top 5 hit while the album went Top 10 around the world and sold more than 3 million copies. "Steel Wheels Live" captures the band during a three-night stand at the Atlantic City Convention Center; the event saw the Stones joined by a number of guests, including Guns N' Roses' Axl Rose and Izzy Stradlin for the first-ever live performance of "Salt Of The Earth", and Eric Clapton on "Little Red Rooster", with the guitarist also sitting in to back up John Lee Hooker on "Boogie Chillen."

The latest release from the band's archives has been restored, remixed and remastered and is now available via multiple formats, including a special limited 6-disc version as well as in limited 180gm 4LP coloured vinyl, 4LP black vinyl, DVD, SD Blu-ray, DVD + 2CD, SD Blu-ray + 2CD and digital formats. Watch the video here.