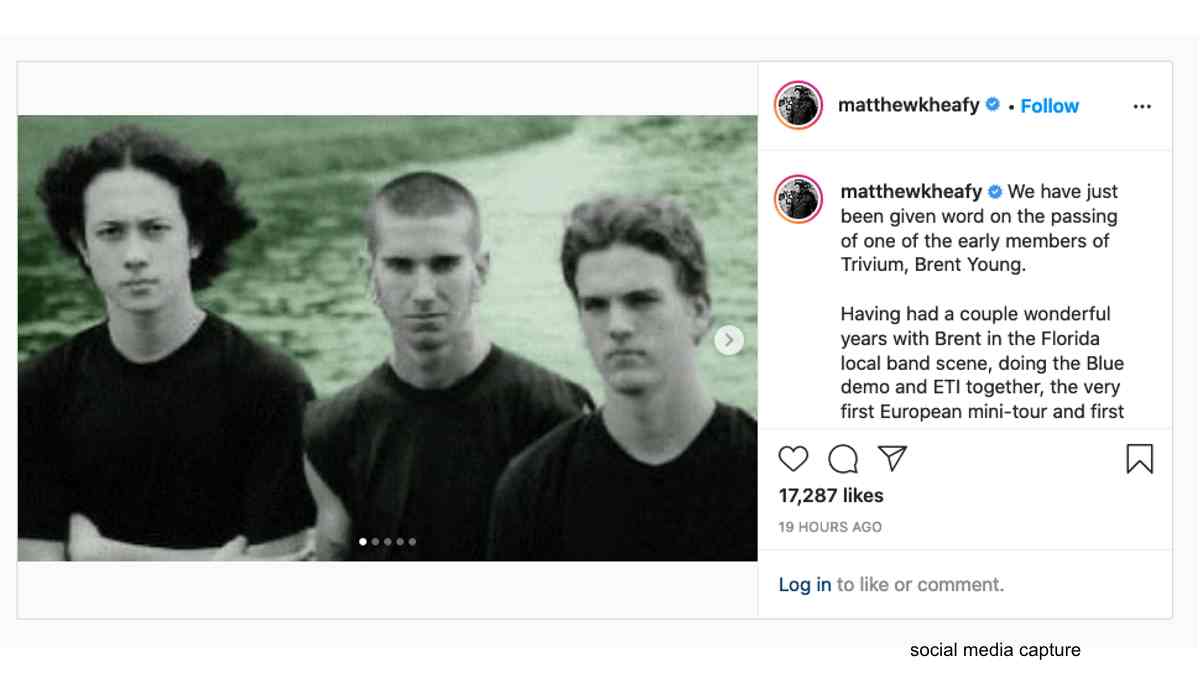 Former Trivium bassist Brent Young, who appeared on the band's debut album, has died, it was confirmed by the band's frontman on social media.

Young was a member of the group in their early days, including on their 2003 debut album, "Ember To Inferno". A cause of death has not been revealed.

Trivium frontman Matt Heafy broke the sad news of his passing. Heafy wrote, "We have just been given word on the passing of one of the early members of Trivium, Brent Young.

"Having had a couple wonderful years with Brent in the Florida local band scene, doing the Blue demo and ETI together, the very first European mini-tour and first USA tour together - I have nothing but amazing memories of a wonderful person.

"Our hearts and condolences go out to all of Brent's family and friends."