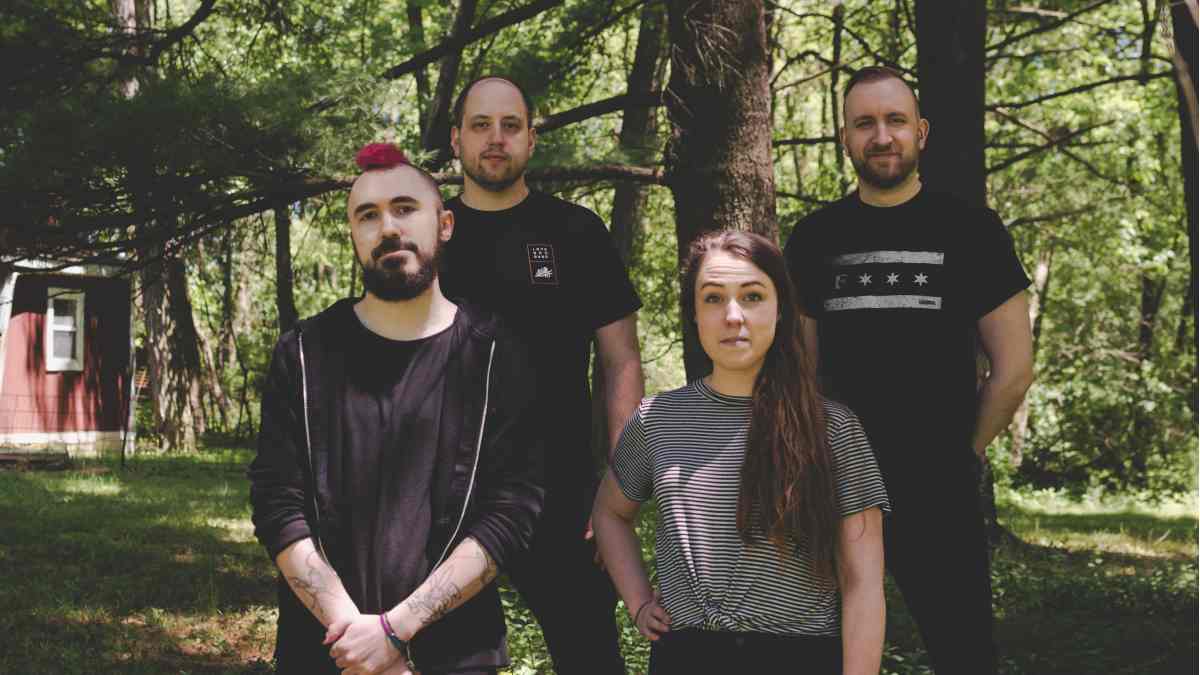 Chicago rockers Guardrail just released their new EP "Yikes" and to celebrate we asked vocalist Kevin Andrew to tell us about the single "Til We're Dead". Here is the story:

"'Til We're Dead" actually had the most complicated writing process compared to the other 5 tracks on the Yikes EP. The riffs were actually an idea from our "unofficial 5th member" Xack Brame (he's our live 2nd guitarist, he's in a rad band called The Linden Method). It's an idea he's had for quite awhile and could never seem to make it work as a song in his own band, so he figured we could do something with it. We demoed out the idea musically, and I came up with some vocal melodies that I recorded without saying actual words.

We recorded the EP at Oneder Studios in Chesaning, MI with Nick Diener. He played in The Swellers and they were a big influence on the band, so having a day of pre-production with him to pick his brain over our songs was something we were definitely looking forward to. He really helped us fine-tune these songs and make them the best they could be during that session. "'Til We're Dead" (or the joke working title at the time "Extroversion Olive Oil") went through the biggest transformation; we actually restructured the song completely. The riff that ended up being the chorus was actually meant to be the verses, and the verse riff was meant to be the chorus. Nick suggested swapping these parts because the part that ended up being the chorus seemed like the catchier part. We chopped up the demo and rearranged things, and rebuilt the song that way. Then, once everything was laid out, we couldn't figure out exactly how to end the song. We brainstormed the idea of having the song fade out except the drums, which gives Doug a chance to show off a bit before the song ends.

Lyrically, the record as a whole follows the theme of dealing with life in the "roughly 30" age group in today's world. "'Til We're Dead" had no lyrics written going into the recording process, so I took this as a songwriting exercise for me personally. I often find myself being overly critical of my writing, so this gave me a chance to write what I was feeling in the moment and not have time to overthink it. I had a line jotted down in my phone which was a quote from the movie Hot Tub Time Machine, "You are the patron saint of the totally f***ed." I love sneaking nods to movies and other bands into my lyrics, so I tweaked that line to match the vocal melody and rolled with the "patron saint" idea. I ended up writing this about our generation constantly searching for validation and always coming up short. No matter what we do or accomplish, it still feels like we're not "there" yet. The finishing touch vocally was the Ahh's in the bridge and outro. The song is very vocally driven, so we thought a nice simple instrumental break would be the best thing for it, and having Alyssa and me harmonizing that part really helped bring it together.

Since this song had such a journey from start to finish, we decided this would be the single. I think it was a good choice, as it really does get the listener ready for the rest of the record. The music video features some friends of ours in the local music scene, and we had Xack make a cameo at the end as well since this song wouldn't have existed without him.