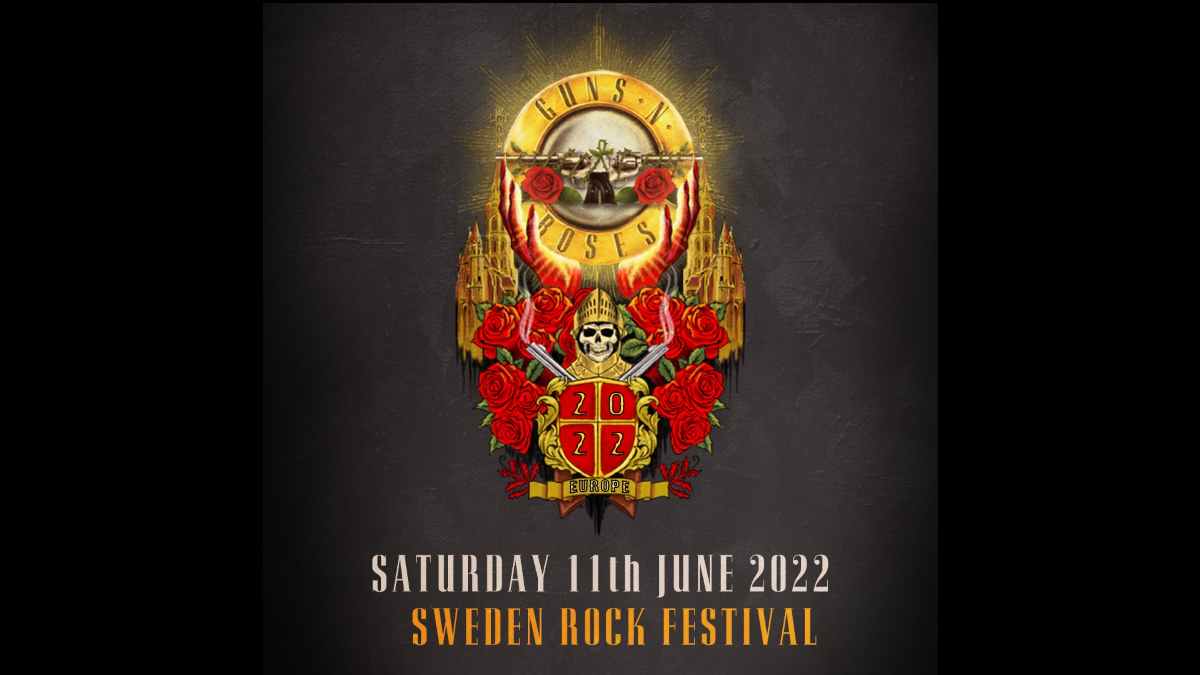 Guns N' Roses have been confirmed as a headliner for the Sweden Rock Festival 2022. This news comes after organizers shared last week that this year's festival was canceled due to Covid-19 restrictions.

GNR will be headlining the Festival Stage on June 11, 2022 and they had this to say, "We continue to be thankful for your understanding and support during these unprecedented times. Light is at the end of the tunnel and we are looking forward to getting back on stage..."

The 2022 festival will be taking place from June 8th, 9th, 10th and 11th. Organizers had this to say about the cancelation of this year's installment, "We have been working hard behind the scenes to make Sweden Rock Festival 2021 happen, but we now know that it will not be possible to go through with this year's festival. We are shifting our focus to starting planning for Sweden Rock 2022 and are looking forward to a truly memorable event when we can finally all be reunited.

"If you want to keep your ticket, it will now automatically be valid for Sweden Rock Festival 2022. For those of you who wish to get a refund, that will of course be possible too. All current holders of valid tickets will shortly get a mail from Ticketmaster with more information."

They added, "The work to move the current 2021 line-up to 2022 has already started, and we promise that the festival will be as great as we had planned for it to be this year. The first confirmed acts will be announced shortly."