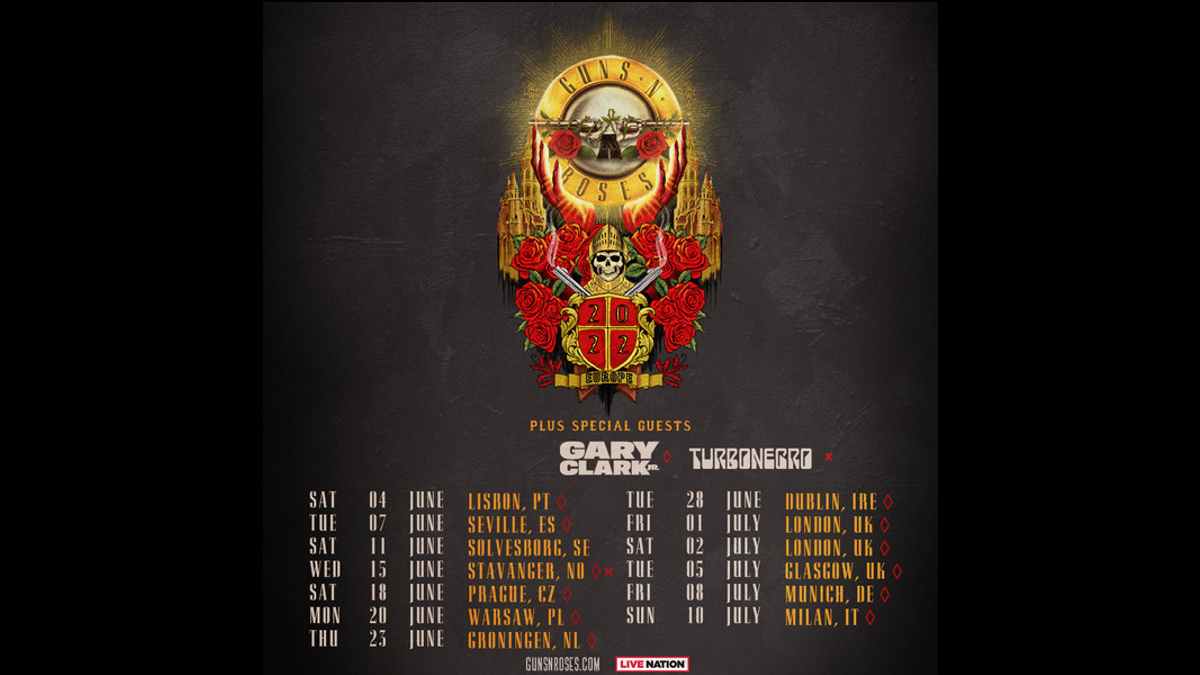 Guns N' Roses have announced that they have been forced to postpone their planned European tour this summer to 2022 due to Covid-19 pandemic restrictions.

The band had this to say, "Hey Gunners, unfortunately we need to ask for your patience one more time. Our summer European tour dates will be rescheduled to 2022, but with the added bonus of new shows and special guest Gary Clark Jr!

"The tour kicks off in Lisbon, Portugal on June 4th, 2022, with new dates in Norway, Czech Republic, Poland, Netherlands, and Italy. Tickets remain valid for all rescheduled dates, so please do hold onto them.

"We continue to be thankful for your understanding and support during these unprecedented times. Light is at the end of the tunnel and we are looking forward to getting back on stage later this year in the USA, Australia, New Zealand and next year in Europe and more!" See the rescheduled dates below: