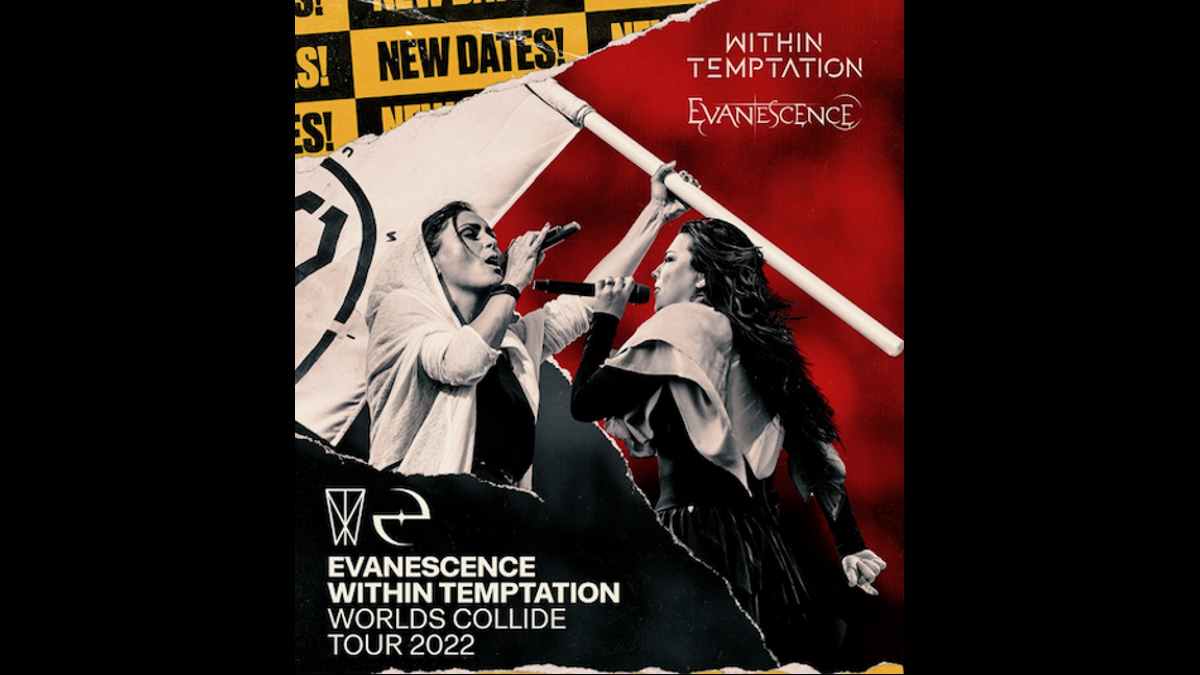 Evanescence and Within Temptation have announced that they have decided to postpone their Worlds Collide coheadlining tour until the spring of next year due to the Covid-19 restrictions.

Evanescence had this to say, "Well guys, we have to push this back one more time. We hate to make you wait longer but we are absolutely determined to make this tour we've all been looking forward to happen, so check out the new dates.

"We will be counting the days till we finally get to celebrate all this new music together. In the meantime, stay safe, stay sane, and keep your head banging to The Bitter Truth! You will have no excuse not to know every word by next spring! We love you!"

Within Temptation added, "This is definitely not what we've wished for, but reality tells us otherwise: we have to postpone the Worlds Collide Tour. Although we can't make the current situation better than it is, we hope to put a BIG smile on your faces again soon, because... We haven't been sitting still and we have a LOT of cool stuff coming up for you!

"Until then, stay safe. And you know what? Third time's a charm, so see you in March or April 2022!" See the rescheduled dates below: