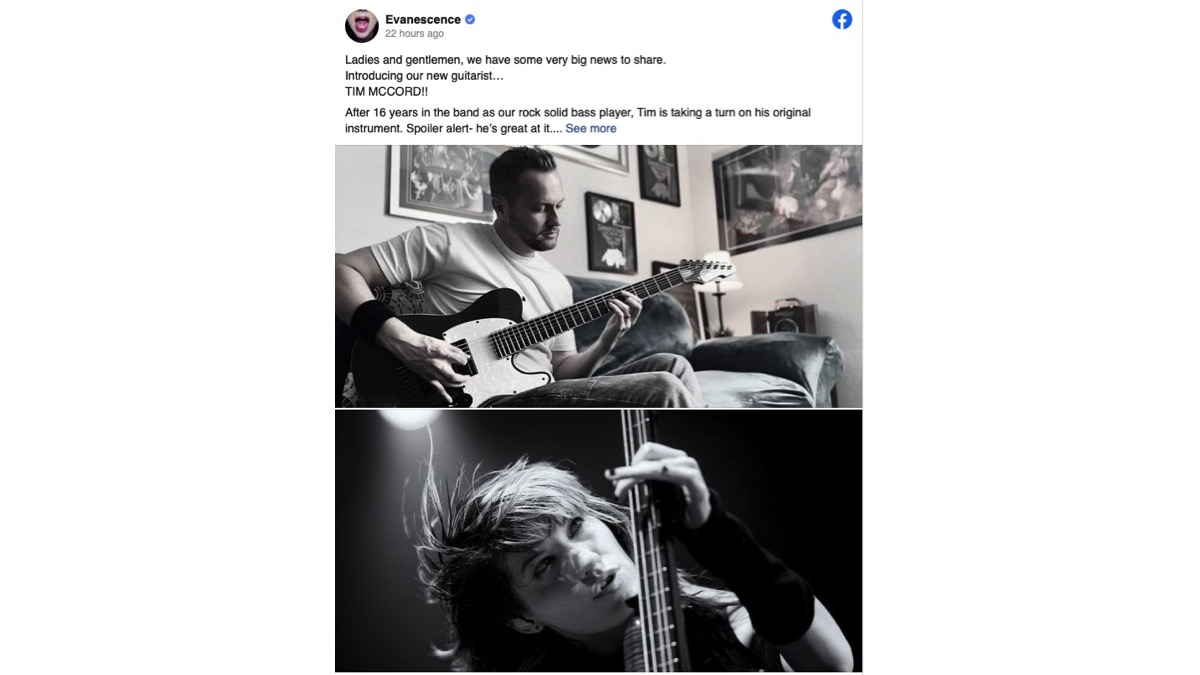 Evanescence took to social media to reveal their new lineup following the departure of guitarist Jen Majura. They have moved bassist Tim McCord to guitar and recruited Sick Puppies Emma Anzai to take over bass duties.

The group broke the news with the following post on Monday (May 23rd), "Ladies and gentlemen, we have some very big news to share. Introducing our new guitarist... Tim McCord!!

"After 16 years in the band as our rock solid bass player, Tim is taking a turn on his original instrument. Spoiler alert- he's great at it. And on bass, it is our extreme pleasure to welcome the incredibly talented Emma Anzai of Sick Puppies!

"We've been friends and fans for years, and the time has finally come to join forces. Emma will be pulling double duty as we have some shows with Sick Puppies coming up soon, so get ready for that!

"We are all very excited to bring this new formation to the stage for the first time in Athens on June 5. See you soon!"