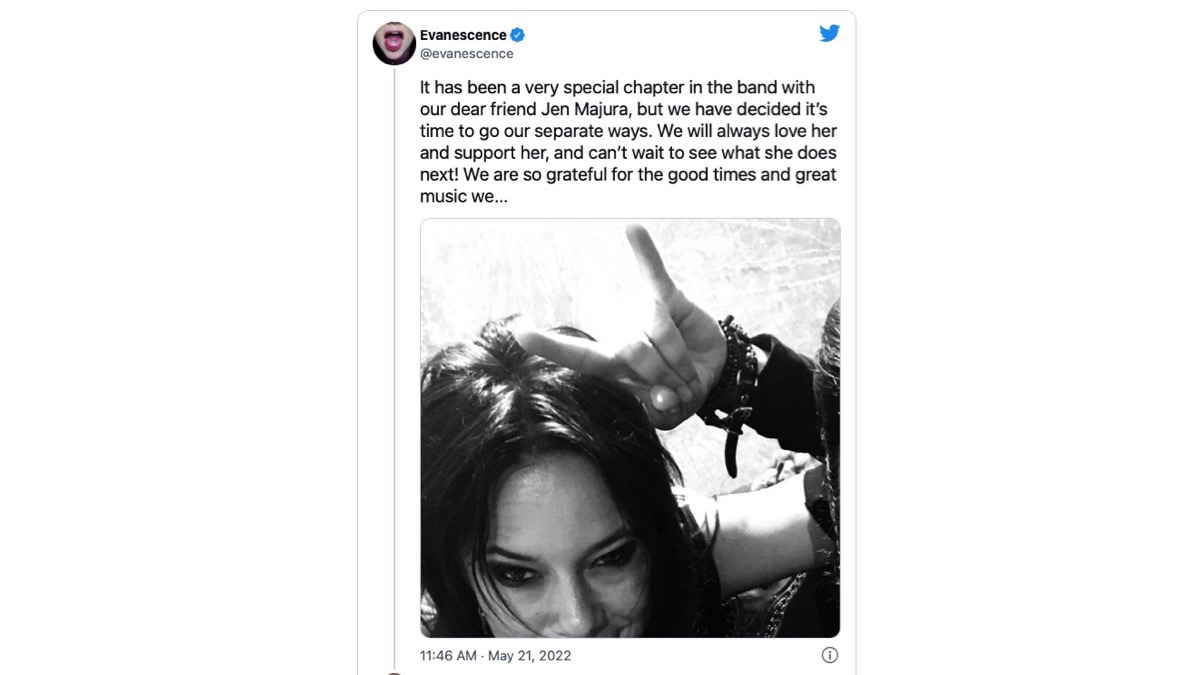 Evanescence have announced that they have parted ways with guitarist Jen Majura, who replaced Terry Balsamo in 2015. The guitarist said that it was not his decision to leave the group.

The band had this to say, "It has been a very special chapter in the band with our dear friend Jen Majura, but we have decided it's time to go our separate ways.

"We will always love her and support her, and can't wait to see what she does next! We are so grateful for the good times and great music we made all around the world together.

"We are hard at work rehearsing for our upcoming tour and will have some exciting news about the new lineup coming in the next few days, so stay tuned."

Majura shared, "I feel the need to address that none of this was my decision. I have no hard feelings against anybody and I wish Evanescence all the best. I am allowed to carry beautiful memories of these past years, I am grateful."