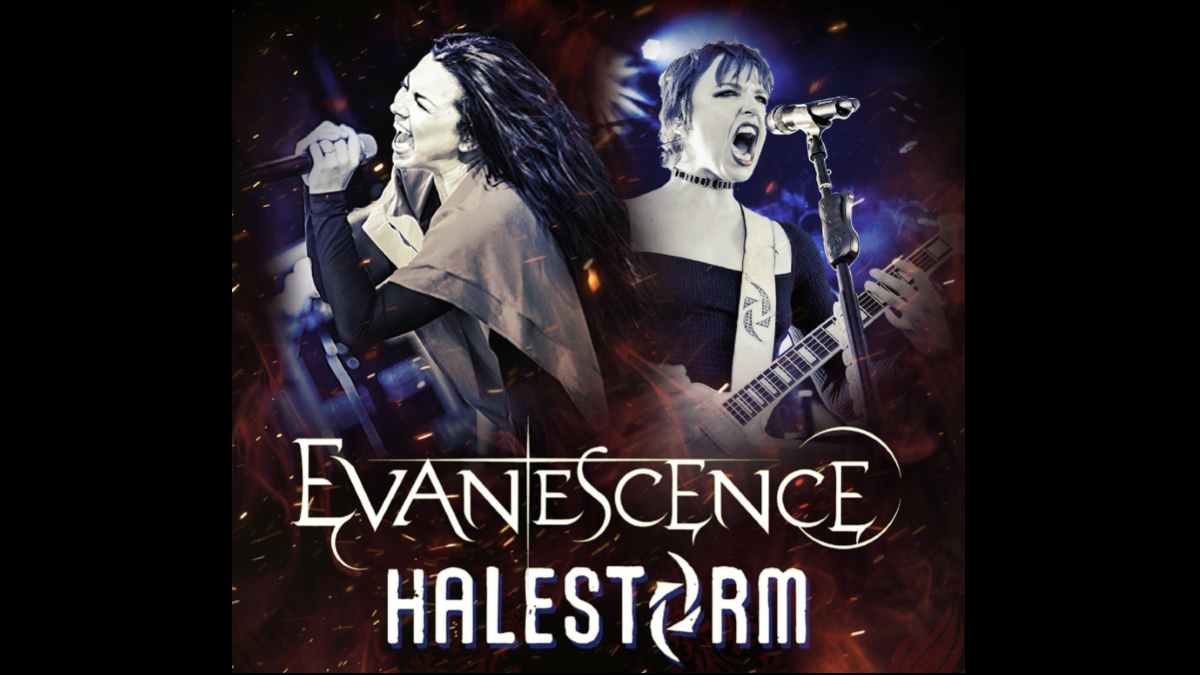 Evanescence and Halestorm have announced that they are teaming up to launch a tour of U.S. arenas this fall that will be launched in Portland, OR on November 5th.

Amy Lee had this to say, "Words can't express how excited we are to go back on tour with our friends and rock out again. We've been building this new music in isolation for over a year and dreaming of what it will be like to finally play it live, and to experience it together with our fans for the first time. We can't wait to see you there!"

Lzzy Hale added, "We have all been mourning the loss of live music, and patiently waiting, looking toward an uncertain future. Finally the future looks bright and I can't think of a better way to break the silence than with our dear friends in Evanescence.

"I can only imagine how it will feel to step on stage again night after night, and reconnect with all of the fans whom I've missed so much. Get ready for intense emotions, loud performances, and a newly exhilarated energy unlike any tour we've experienced in the past. Looking forward to seeing you all!" See the dates below: