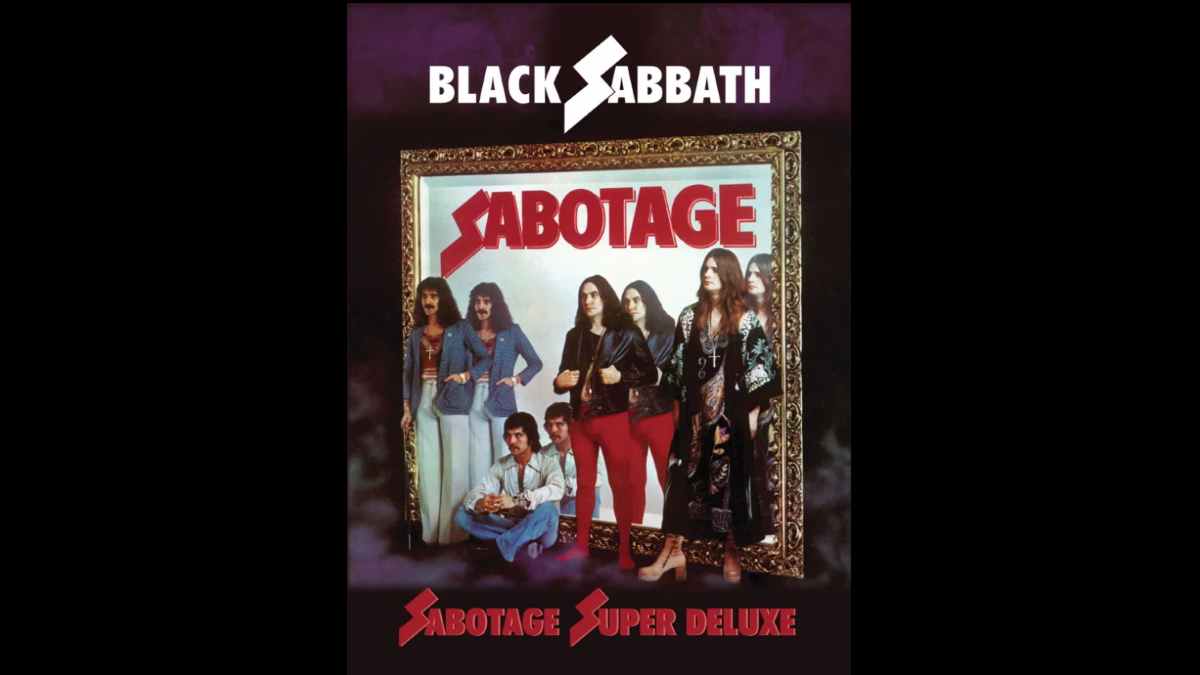 (hennemusic) Black Sabbath will release an expanded reissue of their 1975 album, "Sabotage", on June 11th. Co-produced by guitarist Tony Iommi and Mike Butcher, the band's sixth studio set - which includes classics like "Hole In The Sky" and "Symptom Of The Universe" - was a Top 10 record in their native UK and other parts of Europe while peaking at No. 28 on the US Billboard 200.

When Black Sabbath began recording the project in early 1975, they were embroiled in a protracted legal battle with a former manager and feeling sabotaged at every turn - which inspired the album's title.

The 4CD and 4LP Super Deluxe Editions present a remastered version of the original album alongside a complete live show recorded during the band's 1975 tour - including 13 previously-unreleased tracks, a bonus 7-inch with the single edit for "Am I Going Insane (Radio)" and "Hole In The Sky" on the flipside (with artwork replicating the very rare Japanese release of the single), a 1975 Madison Square Garden replica concert book and Sabotage 1975 Tour color poster.

"Sabotage: Super Deluxe Edition" is being previewed with the newly-remastered version of the single, "Am I Going Insane (Radio)." Stream the song and see the tracklisting here.