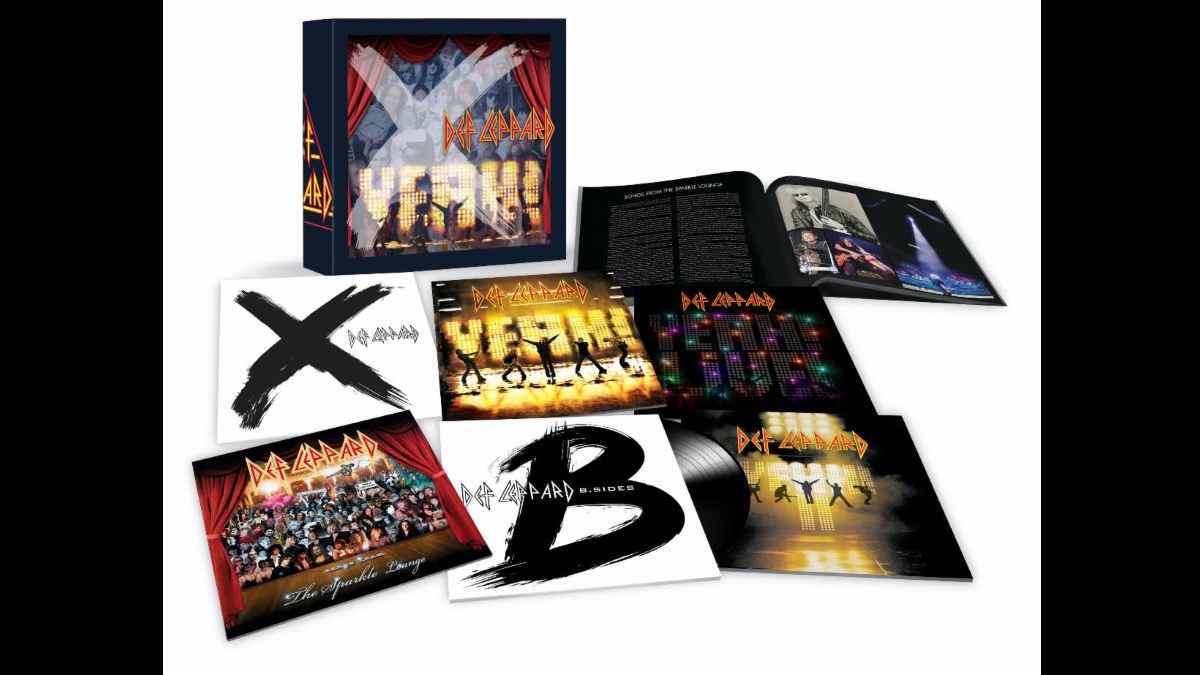 (hennemusic) Def Leppard will release the third of four career-spanning box sets on June 11th. Following the series' launch in 2018 - and a second package in 2019 - the UK rockers are sharing details of the latest limited-edition set.

Also included are B-Sides, "Yeah!" studio covers and "Yeah!" Live, as compiled by frontman Joe Elliott. Def Leppard's eight album, "X", was a Top 15 record in both the US and their native UK; the cover project, "Yeah!", presented versions of songs originally done by David Bowie, Thin Lizzy, T. Rex and Badfinger, among others, while "Songs From The Sparkle Lounge" brought a return to top 10 chart success. Stream singles from each record here.